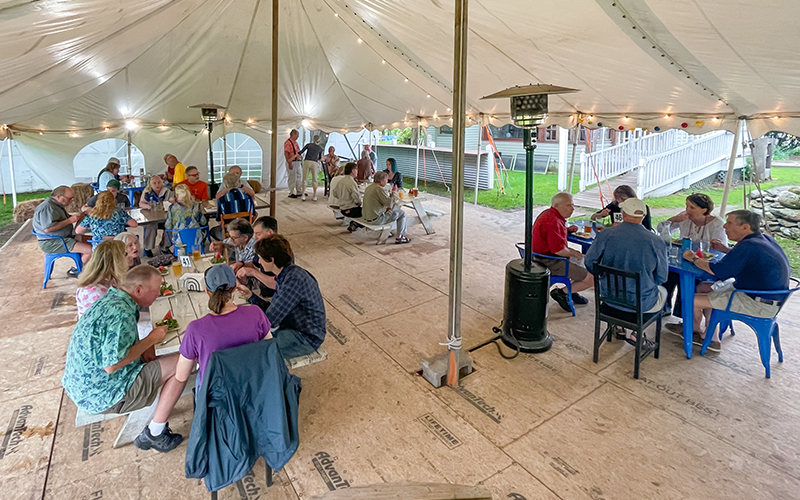 Toast and Eggs in Waitsfield has a new owner. Malcolm Piper purchased the breakfast and lunch restaurant from Brian Lewis on November 10, 2021.

And although Piper is the new owner, he is not new to the business. He’s been managing Toast and Eggs since July 2020 and was also involved when Lewis opened the business in 2018 and by 2019, Piper was offering nightly Italian-themed meal options from Kitchen, Pizza and Pasta restaurant in the same space.

Queue up the pandemic when the two chefs basically merged their operations to try and get through the pandemic, Piper said. They offered takeout fare, DIY home meals complete with videos and even groceries once they reopened after being shut in the early months of the pandemic.

“Memorial Day weekend we opened back up for outdoor dining and we were running both businesses, Brian’s and mine, and then summer got too busy. We didn’t have the staffing and the space to be operating two restaurants for a full day of service, so we stopped offering dinner Fourth of July weekend, 2020,” Piper explained.

Over time, Lewis became less and less involved in the Waitsfield business, as he was also working on opening another restaurant, The Filling Station in Middlesex. Concurrently, Piper became more and more involved.

“Last spring Brian offered to sell me the business, but I was not ready yet. We’d just come out of a year of COVID and didn’t know what it would be like to run it in a nonpandemic time. We got through the summer, essentially COVID-free and I started finding the whole thing less intimidating,” Piper said.

In August when high school and college kids returned to school, Toast and Eggs and The Filling Station were facing staffing shortages and Piper told Lewis he was ready to take the Waitsfield restaurant off his hands. That conversation led to the November 10 sale.

Piper is not inclined to make too many changes to the business’ already successful model, but does plan to add some more vegetarian/vegan-friendly options. He has also implemented a 16% tip/service charge on the bill to guarantee his staff a set income. So far customers have reacted positively to that change, he said.

“It’s important to explain to customers why we’ve added that and they’ve been happy to pay it. Everyone knows how hard it is to find and retain staff right now,” he said.

Piper is from Hinesburg. After skiing at Sugarbush, he moved to The Valley at the end of 2014. He worked at the Waitsfield and Warren elementary schools as a substitute and worked in guest services at Claybrook for three years.