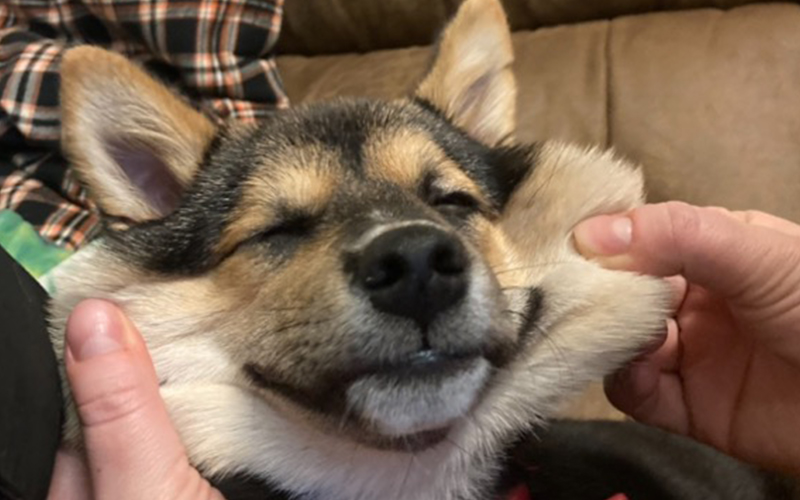 Shoppers visiting the Vermont state liquor store in Mehuron’s Supermarket, Waitsfield, may be familiar with Petunia. The five-and-a-half-month-old Shiba Inu has been a fixture at the store over the past few months. Owner Sami Hicks, who works in the liquor department, often brought her in to work. The joke, she said, was that Mehuron’s liquor department was running a day care, because enthusiastic kids would frequently come visit Petunia to play and cuddle with her.

Now, at nearly six months, Petunia is outgrowing her spot behind the liquor counter. She’s also growing, now 12.5 pounds (she was 3 pounds when Hicks got her in September) and becoming bolder, venturing out from her small space. “There’s so much going on back there,” Hicks said, that she’s decided Petunia’s days as a working dog are over. 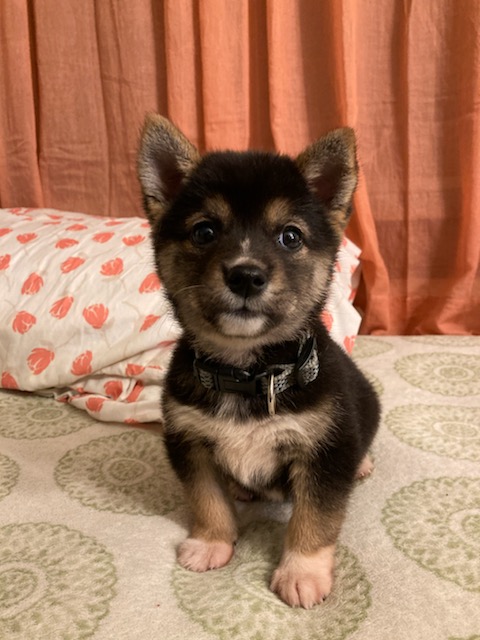 Hicks had wanted a Shiba Inu for a while but was having a hard time finding one in Vermont. A friend gave her information about a breeder outside of Concord, New Hampshire. Hicks put down a deposit and waited. She even turned down several other local dogs in favor of the pure-bred Shiba Inu she was awaiting.

Then the call came. “The day I found out I was getting her, I was at work and I started sobbing happy tears,” she said. Hicks drove to New Hampshire to pick up her furry friend on September 30. “It’s been amazing ever since,” she said.

Petunia enjoys playing with her Lambchop toy, posing for photographs (she has her own Instagram account) and playing with her cat brother. “The cat was reluctant at first but now they’re best friends,” Hicks said. Petunia also loves to play with the cat’s toys and gnaw on bones. Hicks makes her dehydrated chicken strips that she refers to as chicken nuggets. “That’s her favorite word,” Hicks said. “She’s looking at me right now.”

While Petunia no longer has the excitement of customers visiting her at the store, she’s settled into her new home well. You can keep up-to-date on her adventures on Instagram at @toomuch_tunia.