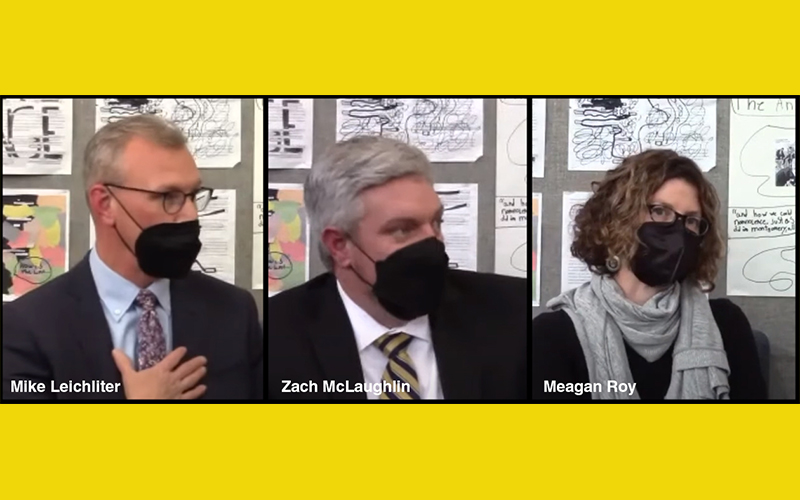 The HUUSD Board reached a consensus decision to negotiate with Leichliter during a February 3 executive session meeting.

Leichliter was one of three finalists interviewed by the board in executive session on Monday, January 31, and Tuesday, February 1. The other candidates were Meagan Roy and Zach McLaughlin. Roy and McLaughlin were also candidates for superintendent positions in Rutland Northeast Supervisory Union and Washington Central Supervisory Union.

After the board interviewed the three candidates this week, public interviews with each candidate were made available on Mad River Valley Television and Harwood’s YouTube channel. Additionally, a survey was posted and community members were invited to weigh in after viewing the videos.

Comments on the videos for Leichliter were overwhelmingly positive as were the percentages of people who felt he would be a good choice for the district.

In the survey, 86.8% of those who responded regarding Leichliter were supportive and 13.2% were negative. Here is a link to the full survey results for Leichliter.