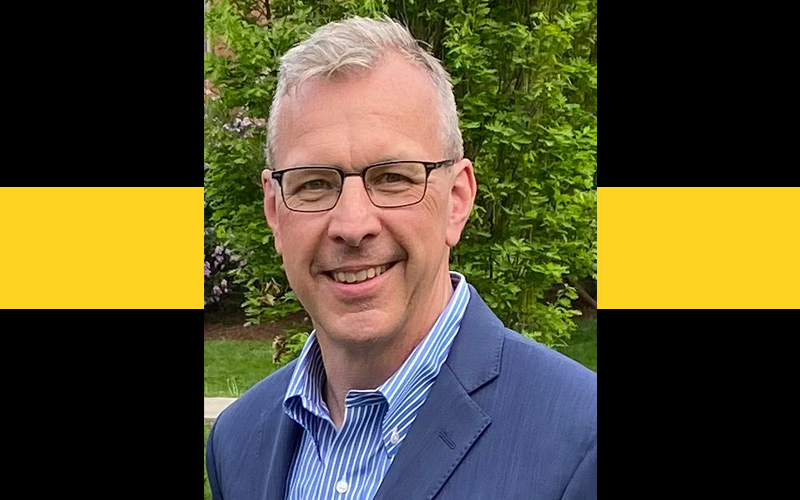 The HUUSD Board reached a consensus decision to negotiate with Leichliter during a February 3 executive session meeting. The board was meeting to approve a contract for Leichliter as The Valley Reporter went to press on February 9.

Leichliter’s hiring was announced by HUUDS Board chair Torrey Smith on Saturday morning, February 5, and Leichliter emailed The Valley Reporter and Waterbury Roundabout shortly thereafter, noting that he looks forward to working with the local newspapers . . . “as I strongly believe in a community’s need for a dynamic and free press.”

Leichliter is a lifelong educator who started his career as a social studies teacher in York, PA. He joined Penn Manor in 1997 as an assistant high school principal, became middle school principal, assistant superintendent and was promoted to superintendent in 2009. Penn Manor has 5,400 students and Leichliter will see the completion of a six-year, $100 million high school renovation and construction project.

Leichliter was one of three finalists interviewed by the board in executive session on Monday, January 31, and Tuesday, February 1. After the board interviewed the three candidates, public interviews with each candidate were made available on Mad River Valley Television and Harwood’s YouTube channel. Additionally, a survey was posted and community members were invited to weigh in after viewing the videos.

In the survey, 86.8% of those who responded regarding Leichliter were supportive and 13.2% were negative. Here is a link to the full survey results for Leichliter.

The Valley Reporter and Waterbury Roundabout raised the issue of how Smith could be negotiating absent the board deciding in open meeting on which candidate to pursue. In a February 4 interview, Smith said that the board did not come out of executive session to make the decision on which candidate she was to negotiate with and said she’d reached out to the school board’s attorney Pietro Lynn for advice on whether the board met the requirements of Vermont’s Open Meeting Law.

Under that law boards can deliberate in closed-door executive session on personnel matters, but need to come out into a public hearing to take an action, such as hiring someone. Smith said part of the board’s reasoning was that contract negotiations can be conducted in executive session.

Both newspapers reached out to Vermont Secretary of State Jim Condos on February 8 regarding Smith taking action that was not the result of a public vote. Condos said the only action boards can take in executive session is the authorization of real estate transactions. He said that all other board actions need to take place in open session and confirmed that the board selecting a candidate represents ‘taking action.’

“They could have handled that better. They could or probably should have said that they were coming out of executive session and directed the chair to negotiate with the preferred choice in open session,” Condos explained, adding that the board would not have to name that candidate immediately.

He said the board didn’t necessarily need to take additional action to negate the closed door decision other than to clarify what happened at the next meeting.

A new trail opens on an historic farm

Trail Mix: How a trail is born, Part 2