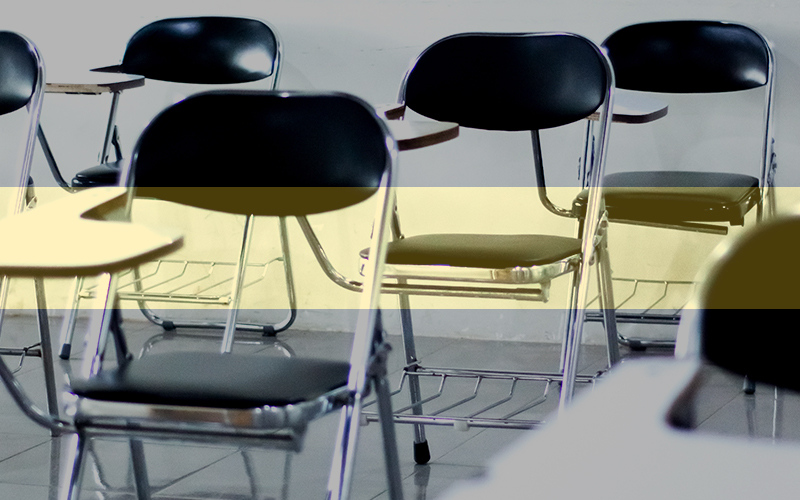 A spike of COVID-19 cases in schools after holiday gatherings was expected and, according to newly-released data from the Harwood Unified Union School District (HUUSD), that trend is on the decline a month or so after the holiday surge.

Between December 20-22, 2021, 220 of the 491 students absent across the district were out of school due to COVID, either displaying symptoms, quarantining for contact tracing or awaiting test results. Two weeks later, on the heels of winter break and holiday celebrations, 1,081 of the total 1,354 absent students across the district were absent due to COVID symptoms or exposure, including 431 students quarantined for contact tracing. That’s a 391% increase in COVID-related absences from just two weeks prior. In the weeks that followed, those numbers did trend down (while non-COVID-related absences remained the same).

Now, the Vermont Agency of Education has changed its rules related to contact tracing and as such absences have fallen significantly. From January 31 through February 2 (the most recent data available), 199 of 362 absent students were absent as a result of COVID, bringing the district back to pre-holiday rates of absences.

From December 9 through February 2, 13.2% of students across the HUUSD were absent. Brookside Primary School saw the most absences with 14.2%. 15.9% of kindergarteners were absent, compared to 10.3-12.2% in other grades (5- to 11-year-olds became eligible for COVID-19 vaccines in November).

The Valley Reporter reported on HUUSD absences in November. During the period of September 13 through October 20, 7.2% of HUUSD students were absent. The highest number of absences during that period was 348 COVID-related absences from October 4-7.

From January 10-14 there were 47 student dismissals from the HUUSD health office related to COVID, and 11 for non-COVID reasons. By January 31 through February 2, COVID-related dismissals had dropped to 12, with six non-COVID dismissals.

In the third school year affected by the pandemic, the Vermont Agency of Education’s guidance does not allow remote learning days to count as school days, so students having to stay home with symptoms or waiting for a test means missing school.