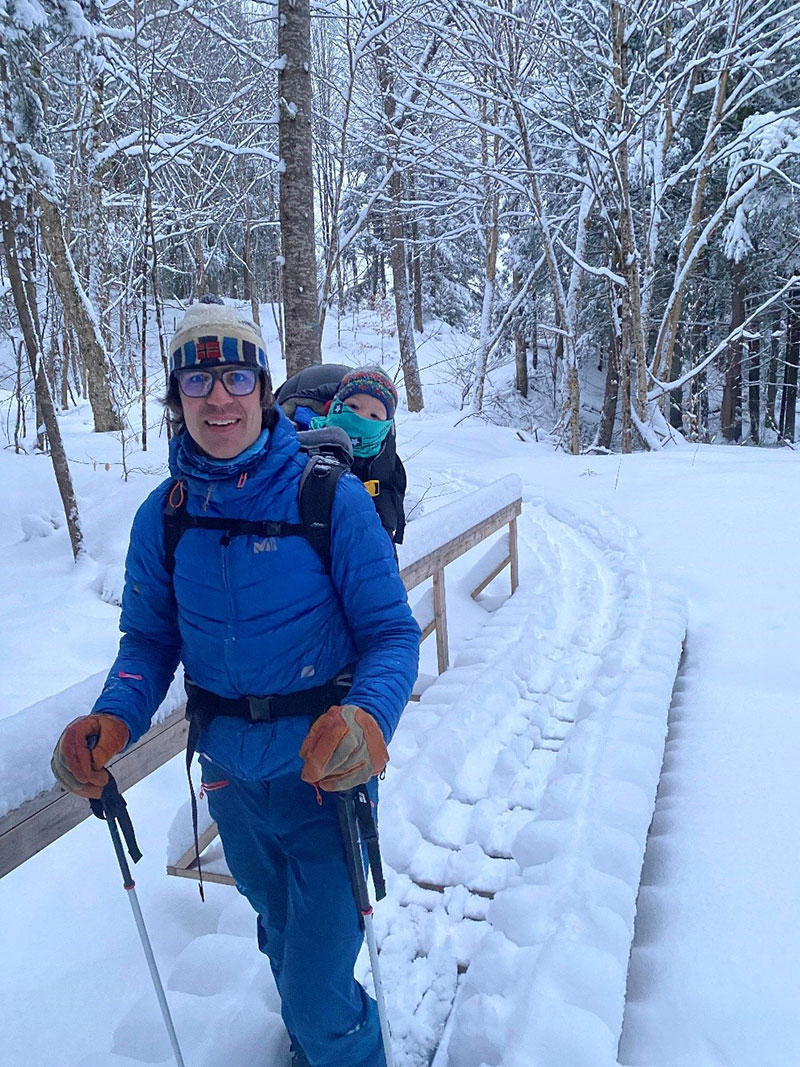 The board presidency of Friends of the Mad River transferred from past president Ned Farquhar to vice president Matt Williams last week. Longtime board member Katie Sullivan assumed the vice presidency. After two terms and six years of dedicated board service, Farquhar, Waitsfield, is leaving the board.

“The organization has held together well through the pandemic; its board has welcomed four new members in the past year, and I am excited about its role in conservation and community in The Valley both now and in the future,” said Farquhar. “For more than 30 years I have admired and supported Friends of the Mad River and was happy to be involved in recent years, and now it's a great time to ‘pass the torch to a new generation.’”

“Ned’s contributions to Friends of the Mad River as board president will continue to add value beyond his tenure, and we appreciate his commitment,” stated Corrie Miller, executive director. “We are excited to welcome Matt Williams as our new board leader who brings with him a lifelong commitment to wellness, the environment and Vermont.”

Williams, Moretown, has served on the board since 2019. He grew up on a small sheep farm in Sharon, Vermont, attended Warren Wilson College in North Carolina, then pursued teaching and writing before returning to his alma mater to coach cycling and direct strategic initiatives in athletics. Along with his wife, Nina, Williams moved to the Mad River Valley in 2018 to begin as executive director of the Catamount Trail Association, where he continues to work.

"I'm excited to have the opportunity to serve Friends of the Mad River as we work together with the community to build its preparedness and resilience to the climate changes that we are already feeling,” said Williams. “I am thankful to Ned’s service these past six years and look forward to carrying on the good work of the Friends team to ensure The Valley remains a thriving community with environmental stewardship and sustainability at its core.”

Sullivan, of Waitsfield, has served two stretches at Friends of the Mad River – once as a founding board member in the 1990s and joining again in 2007. Sullivan lives with her husband, Michael, and their dog, Muddy. She has taught third and fourth grade at The Warren School for 30 years.

Learn more about Friends of the Mad River at www.friendsofthemadriver.org.