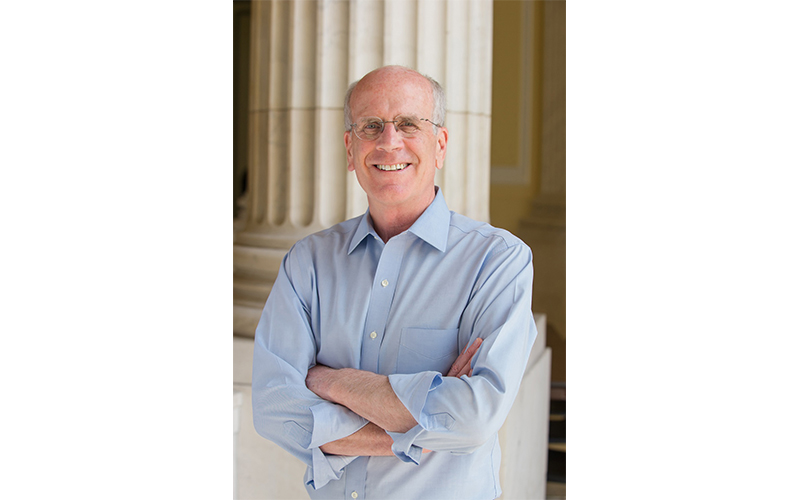 The Valley Reporter has reached out to all Vermont candidates for U.S. Congress and Senate and will continue to interview those who respond in the coming weeks.

After 16 years as Vermont’s Congressman, Peter Welch (D) is running for the U.S. Senate seat being vacated by Patrick Leahy. “This is really a critical moment in our democracy,” Welch said, “January 6 [2021] was the first time in the entire history of our country where there was an effort to stop the peaceful transfer of power and overturn the election by the American people. I was present in the House when the mob attacked. Since then, the actions that have been taken in some states show that January 6 was the beginning of an effort to thwart the peaceful transfer of power, whether passing election laws that are making it more difficult to vote and transferring authority to certify elections to partisan legislators rather than independent commissions. This is a very serious moment in our country, and I think every one of us has to make a decision about what we can do and how we can be helpful to save our democracy. I think the best I can do to serve Vermont is to serve in the Senate.

“We’ve got to aggressively address climate change,” he added. “If our seat is a Republican, Mitch McConnell would be in charge. And his climate agenda is coal, gas, and oil. That would be a huge setback. It’s about our democracy that’s at stake, and it’s control of the Senate. If this race is one that tips the balance so that Mitch McConnell is in charge, then all of these issues about affordability will be cast aside in favor of tax cuts for multinational corporations, all the urgency of addressing climate issues, and the efforts to pass legislation to protect the vote and to protect the counting of votes will die.

“If in fact the decision of the Supreme Court is to overturn Roe v. Wade and the draft decision that was leaked shows that that is where the court is going, McConnell has said that he would support a nationwide ban on abortion. This is an election with enormous stakes for our future, our democracy, our economy, reproductive rights, and our environment.

“Through my relationships with Republican leadership, I was very successful in getting the huge amount of aid that Vermont needed to recover from Tropical Storm Irene. I’ve had a capacity to find practical ways to work with people to solve problems. I started the bipartisan broadband caucus. I talked to my colleagues from rural areas, and many of them are Republicans, created the broadband caucus, and over the years we developed an immense amount of support to fund broadband in rural America. I was co-chair of the dairy caucus, where we’ve been doing everything we can for struggling farmers. So, the approach I’ve taken is listening to Vermonters, translating our needs and aspirations into practical legislation, and working with anyone in Congress in an effort to get things done.”

He called housing “a huge problem around Vermont and it’s exacerbated with COVID. We have to build more housing and that’s a combination of state resources to help make it affordable, but it’s also local initiatives about zoning and planning to accommodate workforce housing in our communities. It used to be a problem for lower income people, but now middle-class people getting started is really become a stretch for folks to get the housing they need.

“We need more clean energy. We need to modernize our grid. Incentives to have clean energy development, battery technology, a new grid, and massive energy efficiency investments. We have to have incentives that help make electric vehicles affordable.”

Regarding universal pre-K, he said, “Universal pre-K is essential for parents and for kids. It gives kids an early start on getting a good education and for parents it means they have much more flexibility about getting back to the workforce. Child care and pre-K are really essential both for the children and for the parents and our workforce and economy.”

He also said he supports paid family and medical leave. “Paid family leave is what a decent civilized society should provide to families. Every family at some point is going to have a member who’s sick and needs the support of their partner or parents. There really should be in our country a national system that’s available so that if a family member is ill then you can get paid leave. That’s the way it is in so many other countries.”

When asked why people in the Mad River Valley should vote for him, he said, “I’ve been a longtime champion of climate issues, which in The Valley are enormously important. Our ski areas are threatened by climate change with shorter, warmer winters. Folks in The Valley are really concerned about the environment, about agriculture and about America’s place in the world. It’s hard to imagine a more beautiful part of Vermont than The Valley. Let’s keep it that way.”