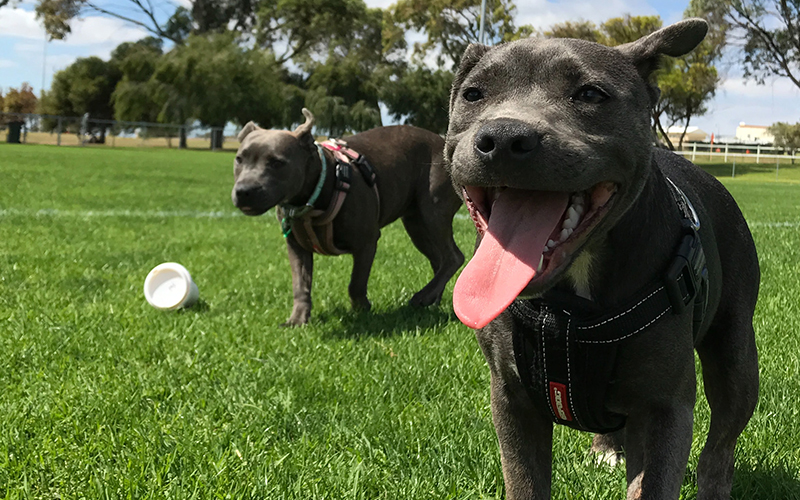 At its September 27 meeting the Warren Select Board approved putting in a dog park in Brooks Recreation Field pending issuance of a zoning permit application that has been submitted and the dog park committee covering costs with fundraising with the assistance of a Better Places grant. Previously, the select board had asked the dog park committee to apply for the zoning permit and receive approval from Warren School and from the conservation commission, all of which it has done. The proposed park would be after the skate park at the beginning of the Mad River Path. The committee had previously proposed two potential sites and the board expressed concern about putting it near the solar panels in case the solar array would be expanded in the future, as well as to protect an outdoor learning space used by the school.

The committee estimates Phase I of the project, the construction of the park, would cost approximately $30,000 (including a buffer) and is targeted to be built in spring 2023. The state’s Better Places grant will match funds raised by crowd funding. The committee said the immediate priority would be to fundraise to get that match.

Some local residents expressed concerns about the dog park at the select board meeting on September 27. Steve Agostinho, who lives at the corner of Brook Road and School Road and works from home, said his biggest concern is the noise of dogs barking, as well as additional traffic on the road. He questioned how frequently the dog park would be used and said it would likely benefit a small part of the population. Select board member Devin Klein Corrigan noted that a dog park was the second most requested item in a recent Mad River Valley well-being survey, so there is demonstrated interest in the community.

Other concerns included impacting wildlife and having dog waste on nearby properties. Select board members noted that having a designated fenced-in area for dogs to run off leash may actually reduce the impact on wildlife and dog waste on adjacent properties, as some people currently allow their dogs off leash on the path (though it is not permitted).

Richard Czaplinski called the implementation of the park “premature” and expressed concerns of the impact to wildlife and what happens with dog waste, such as putting it in plastic bags that then go to the landfill. The committee said they plan to use a composting system similar to that used in the Waterbury dog park, which they called a model for the new park. There will be pooper scoopers throughout the park to pick up the waste and put it in the compost.

“It seems to me to be a fairly well-thought-out solution,” said board vice chair Andy Cunningham, noting that the park would likely result in fewer dogs running free in the area and reduce impacts on wildlife. The board asked for regular updates on the committee’s fundraising progress.

Also at the September 27 meeting, board member Bob Ackland presented on the first phase of the traffic calming project in Warren Village that has been nearly a year in the making. Last November, the board held a walkabout in the village with approximately 70 people present, then heard community input as well as feedback from VHB consultants. The board hired Clark Brook Designs to design a rain garden at the bottom of Fuller Hill. Construction has been held off until Spring 2023. Ackland has also been working with L and D Safety Marking Corporation, which has created a detailed proposal for narrowing roads via striping, which Ackland called a “pretty good solution.”

“The key to traffic calming is narrowing the road,” he said. The proposed striping would narrow travel lanes in the village from 12 feet to 10 feet. Due to delays in preparing the design, L and D is willing to discount the price of epoxy paint to do the striping in the spring.

“We’ve really tried to go through as many options as we can to preserve the look of the village but reduce the speed [of vehicles] in the village,” Ackland said. He expressed the need for a public discussion about the traffic calming efforts with the community. The proposed plan will be available on the town’s website in addition to hard copies available at the town office.