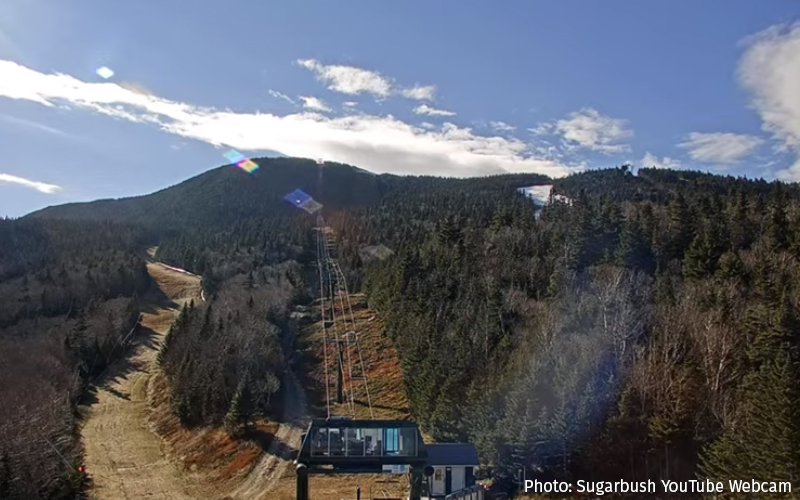 Sugarbush Resort is coming off a summer and fall capital improvement initiative that saw over $10 million invested back into the mountain, one of the largest capital dollar influxes in recent history reported communications manager John Bleh.

Over half of those dollars were invested in snowmaking, including over 9 miles of new snowmaking pipe, where four separate projects look to improve operations and the guest experience. The first project targeted the beginner experience and overhauled snowmaking pipe and guns on Easy Rider and Pushover at Lincoln Peak.

“These improvements will allow for more efficient and faster snowmaking, thanks in large part to the installation of new hydrants,” Bleh said.

He explained that the new hydrants are a game changer for snowmakers. In a 12-hour snowmaking window these new hydrants boost snowmaking production significantly over traditional hydrants and hoses. This is achieved by eliminating the time-consuming step of hooking up, and unhooking air and water hoses at each hydrant. Start time per gun can be as quick as one minute instead of five to 10 minutes with manual technology.

The second project was focused on the upper portion of Mount Ellen, replacing pipe on terrain throughout the summit area. This new pipe while immediately improving snowmaking operations this year, also lays the groundwork for further snow gun improvements in future seasons, Bleh reported.

A replacement of the snowmaking water withdrawal infrastructure on the Mad River, which is adjacent to the snowmaking pond off Route 100, constitutes the third project. That pond currently provides 100% of Lincoln Peak’s water for snowmaking. The project entailed building a new inflatable dam to allow for a more reliable process for withdrawing water and maintaining the pond throughout the year. The inflatable dam will also keep excavators and personnel out of the river at the start and end of snowmaking season and will allow for natural river conditions when it is deflated.

The last snowmaking project is on Reverse Traverse. Sugarbush has received funding to realign the trail so that it is all downhill and install snowmaking on it for the first time. The work on this project is expected to begin once the resort acquires its Act 250 permit. When this project gets completed, likely next year, it will allow for a more efficient way to open early season terrain.

In addition to these snowmaking improvements and some smaller projects including pump houses and compressors, Sugarbush also added a new free groomer and winch groomer to its grooming flee, as well as a new eight-passenger cabin cat to be used for Cabin Cat First Tracks, Sunset Groomer Rides, and Allyn’s Lodge Dinners.

The resort also continued to make improvements off the mountain, with a new sand filter for their wastewater plant, new indoor and outdoor pool linings for the Sugarbush Health and Recreation Center, continued improvements to the Mount Ellen Base Lodge, and a full rebuild of the sand bunkers at the Sugarbush Resort Golf Club.