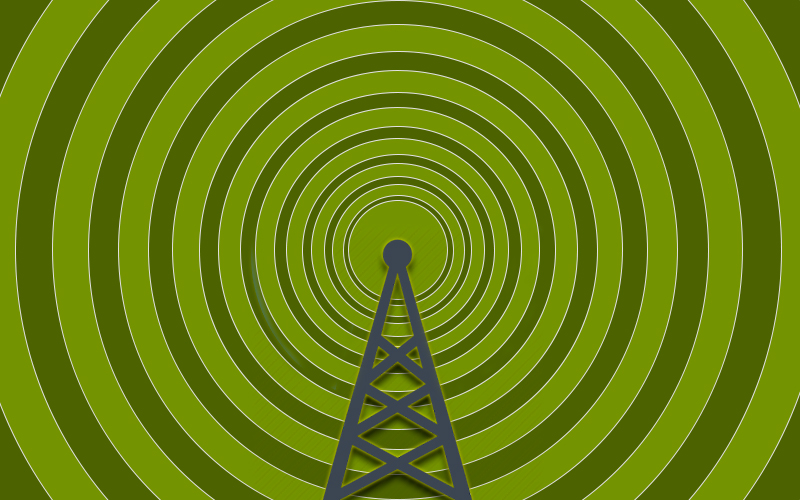 Verizon has sent notice to the town of Warren and other governing bodies that the company intends to apply for a certificate of public good to construct a 140-foot cellphone tower on Airport Road near the Warren-Sugarbush Airport. The coordinates for the proposed project are latitude 44°08'05.99" north and longitude 72°49'52.91" west. The proposal does not include a plan for a 5G tower. The full notice may be viewed at warrenvt.org.

The applicant can apply for a certificate of public good 60 days after issuing the notice, which is dated October 31, 2022. Many Warren residents have spoken at recent Warren Planning Commission meetings, emailed the planning commission and voiced their concerns over the proposed tower via Front Porch Forum and other local channels. Concerns include the height of the tower, its impact on the aesthetics of The Valley and property values, potential health issues, effects on wildlife habitats and the tower’s proximity to the airport and nearby homes.

Warren’s current Town Plan and zoning ordinances specify criteria for the siting of wireless telecommunications facilities. Since 2017 applicants for such facilities can choose to have their projects approved under the state Section 248 process rather than under municipal zoning.

At the planning commission’s well-attended meeting on November 28, attorneys Jim Porter and Michael Swain of the Vermont Department of Public Service (DPS) Public Advocacy Division answered questions related to the process of filing such an application and the public’s options to intervene. Complaints may be filed with DPS and the Public Utility Commission (PUC), an independent, quasi-judicial commission that regulates overall financial management of Vermont's public utilities, including telecommunications. These may include “complaints from consumers against regulated utilities and complaints regarding projects that seem not to comply with a Certificate of Public Good issued by the Commission,” according to the PUC website.

Porter said adjacent landowners and the town could intervene with the proceeding once the application is filed, which may include testimony and cross-examining witnesses. He said a discovery period would follow the application being filed. Porter said it is not infrequent that the height of a proposed cell tower would be lowered following a hearing with the town.

The Agency of Natural Resources (ANR) would consider factors such as wetlands, forest fragmentation and wildlife habitats and may also participate in the proceedings. Porter noted that the PUC does not have jurisdiction to consider health effects or property value effects of a proposed tower.

Tom Anderson, director of operations at Sugarbush Soaring at the airport addressed some concerns, noting that a cell tower does not trigger requirements for lights or bright colors unless the tower is 199 feet tall (this tower is a proposed 140 feet). He said the proximity of a tower to an airport and the angle off the runway center line is in the FAA’s determination. “We would prefer no towers in the proximity of the airport but there’s no preference to me whether [it’s] colored or painted,” he said.

Next week, the Warren Planning Commission will hear from Annette Smith, director of Vermonters for a Clean Environment, and Judy Wood, former Granville Planning Commission member who has experience with the PUC and cell tower negotiations. That meeting will be on Zoom at 7 p.m. on December 7. Then the planning commission will hear from Verizon representatives at an in-person meeting on December 12 at 7:30 p.m. at Warren Town Hall (they are determining whether that meeting may also be available to participate via Zoom).

John Egan, whose property abuts the proposed site, noted that the notice the town and abutting property owners received was “lacking in a lot of respects,” such as propagation maps, an aesthetic test and a cell tower balloon test in which a helium balloon is floated to the height of the proposed tower and photos are taken from various locations in the town to determine how visible the tower would be.

Porter said if the case proceeds, DPS will hire an aesthetics expert to assess the project’s impact on the aesthetics of the area and to determine whether the tower has unduly adverse effects. He said it tends to take roughly four weeks to get an aesthetics professional and would not be possible to do prior to the December 12 meeting with Verizon. Planning commission vice chair Dan Raddock asked the DPS attorneys if they recommended hiring an attorney for the December 12 meeting. “I’ll always recommend a lawyer but the planning commission is very different than going to superior court,” Porter said. “Once the proceeding starts, it is a legal proceeding,” and he would recommend having an attorney at that time. He said he didn’t know that it was necessary for the initial meeting with Verizon.

Warren resident Win Smith, former president of Sugarbush Resort, said that John Hammond, current president of the resort, told him Sugarbush has not been contacted by Verizon or its attorneys about the potential for co-locating the proposed tower at existing towers at Sugarbush. “Regarding coverage, if there is a tower that could host it and provide substantially the same coverage [Verizon] would have to show why they wouldn’t use it,” Porter said. “Generally speaking, additional coverage is going to weigh in favor.”

Porter confirmed that DPS will be present at the upcoming planning commission meeting with representatives of Verizon at the Warren Town Hall on December 12 at 7:30 p.m. Questions may be asked at that time or sent to the planning commission ahead of time. Questions can be sent to planning and zoning administrator Ruth Robbins at This email address is being protected from spambots. You need JavaScript enabled to view it.