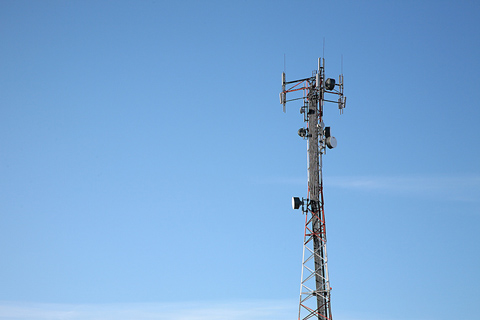 Attorneys for the cell phone company Verizon and a Fayston landowner want the Vermont Public Service Board to find that a proposed cell tower in Fayston deserves approval as it promotes the good of the state.

Brian Sullivan from Murphy, Sullivan and Kronk, representing Verizon and Fayston landowner Lauren Kolitch, responded to letters sent by Fayston and Waitsfield to the Vermont Public Service Board regarding the siting of a proposed tower and the height of the tower.

Verizon is before the Vermont Public Service Board seeking a certificate of public good to install a 90-foot wireless telecommunication tower topped by 15 antennas on a 60-acre parcel of land off Tucker Hill Road in Fayston. The Public Service Board regulates such facilities but refers to local Town Plans when making the decisions.

In May, the Fayston and Waitsfield Planning Commissions sent letters to the PSB expressing concerns about the height of the tower and, in Fayston, concerns that the process by which the state permits cell towers was cutting the town of Fayston out of its road building jurisdiction.

Construction of the proposed tower will require building an extension off of Mikhal Drive, which the Fayston Planning Commission argued in its comments was a bigger road development than typically associated with cell towers.

“Our other concern is that if the road is constructed as proposed, the town of Fayston is put in a subordinated position during any future subdivision application and review process, as this road would already be in place,” the commissioners wrote.

Attorney Sullivan argued otherwise, noting that the planning commission “misunderstands the regulatory framework that would apply to a potential, future application for municipal subdivision approval by the landowner of this property. Such future development is, at this point, purely hypothetical. Further, there is nothing in the present application that would predetermine the outcome of the municipal review or put Fayston in a ‘subordinated position,’” the attorneys wrote.

Another concern expressed by the Fayston Planning Commission is the use. The letter from that board noted that the Town Plan permits cell towers only in the forest district as a conditional use and the proposed tower is in the rural residential district.

Sullivan disputed that, pointing out that while the Town Plan includes some provisions for cell towers, the town’s land use regulations specifically list “telecommunications facility” as a conditional use in the rural residential district and added that:

“Under well settled Vermont law, the regulations override the plan in this case because they are more specific statements of regulatory intent than the aspirational goals contained in the plan.”

The Waitsfield Planning Commission’s concerns revolve around the height and visibility of the tower, which will rise above the tree canopy. That commission, via letter, asked the PSB to have Verizon reduce the height and camouflage the tower and antennas.

Sullivan, in his response, argued that reducing the height of the tower and the antennas would significantly reduce its range and would require more towers and antennas to do the same job. He further argued that the project lies completely within Fayston (40 feet from the Waitsfield/Fayston town line) and hence Waitsfield’s bylaws have no relevance to these hearings. Finally, he argued that Waitsfield can’t call for camouflaging the facility because the project is in Fayston and Fayston’s Town Plan calls for telecommunications facilities to “camouflage and/or (emphasis added by attorney) respect the quality of the rural landscape.”

“The use of the conjunction ‘and/or’ demonstrates that camouflaging is an option, but not a requirement for plan compliance,” he wrote.