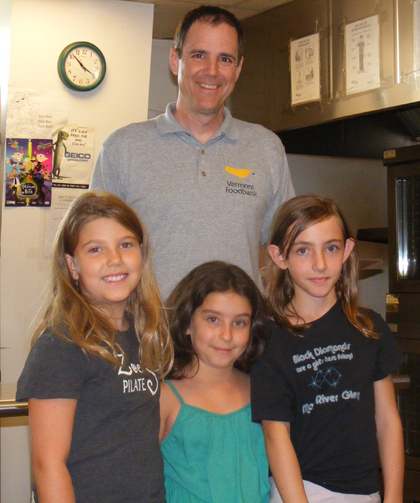 When Ayla Fidel, Angela Bywaters and Sage Devereux, Waitsfield, heard that the Vermont Foodbank in Barre needed donations, they went about raising money in ways that only three 9-year-olds could. They set up lemonade stands, baked cookies, walked dogs, sold raffle tickets and held yard sales.

But, while the girls’ fundraising efforts followed many tried-but-true childhood tactics, few kids’ cookie-baking campaigns have ever demonstrated such altruism or such commitment.

Ayla, Angela and Sage started raising money last April, with a goal to raise $1,000. Last Friday, August 31, the girls’ parents took them to the Foodbank to present executive director John Sayles with a check for $1,300. 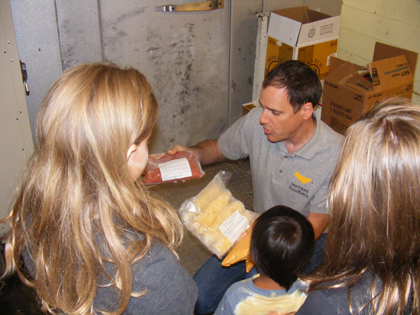 One of the fundraiser’s largest contributions came from The Village Grocery in Waitsfield, in which the girls set up a donation jar with a sign that read “Everyone deserves to smile. Nobody should be hungry.”

When the girls’ parents took them to pick up the jar last week, it was filled with cash, as well as two generous checks from the store owners Cheryl and Troy Kingsbury’s “Giving Gas Fund,” to which every community member who filled up their tank at The Village Grocery contributed.