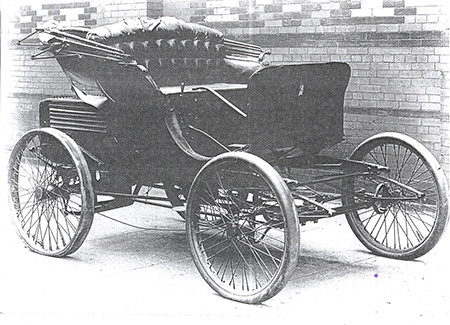 With the millions and millions of cars that are sold in America every year, did you ever wonder who bought the very first one? And who made that car? No, it wasn't a Ford. It was a Winton and was bought by Robert Allison who lived in the small town of Port Carbon outside of Pottsville, PA. 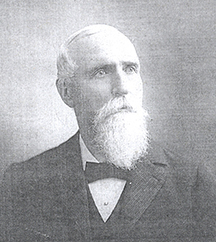 Alexander Winton owned a bicycle factory in Cleveland, Ohio. Robert Allison was 71 years old at the time and the car was purchased on April 1, 1898, for $1,000. He was a mechanical engineer who owned a company, Franklin Iron Works, where they made machinery for the mining companies right there in the anthracite coal region.

Other cars were made at this time also. Haynes and Duryea made cars and though Haynes would claim to have sold a car at this time, there is no record of it.

The car was a one-seater. There was no steering wheel but it was steered with a bar much like the tongue of a wagon. It was a one lunger, meaning it had one cylinder. The engine was in the rear. The wheels were like large bicycle wheels with 36 inches in the rear and 32 inches in the front. It had two gears – forward and reverse. It was called a horseless carriage.

The brochure that came with the vehicle from Winton Motor Carriage Co. of Cleveland, Ohio, stated, among other things, that "this particular carriage has fully demonstrated its practicability and success in actual service over all kinds and conditions of roads – uphill and down – through mud, sand and snow at a speed of from 3 to 20 miles per hour."

It arrived by rail freight in Pottsville. Many people came to see it. Several men tried to crank the car to get it started without success. Finally a large man gave it a try just as Mr. Allison's son found a switch under the seat and turned it on. The engine roared and the frightened man ran away. Mr. Allison drove it home the two miles to Port Carbon with only one incident. A team of horses bolted at the sight of it. Mr. Allison parked it in his stable.

Sometime later he drove the car to Philadelphia which was about 90 miles away and the trip only took three days. He wanted to drive the car on a paved road where one could be found in a park there. Think about it. The roads were dirt and where did he get the gas? There were no gas stations. He bought gas in drug stores. When he arrived in Philadelphia, they would not let him drive in the park anyway. He had to coax several of his friends to go with him before one would. No, he didn't drive the car home. He had it shipped by rail.

Mr. Allison purchased several cars after that and you might say that he was the first to trade in a car since Alexander Winton bought it back.

It was in the Smithsonian Museum in Washington, DC, for many years and then loaned to an automobile museum in either Cleveland or Detroit.

How do I know all of this? Robert Allison was my great-grandfather.

Incidentally, my first car was a Model A Ford coupe which was older than I was and it had a rumble seat in the back. What's a rumble seat?