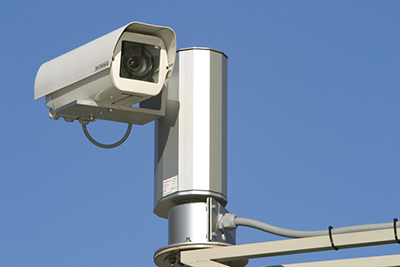 At their meeting on Monday, May 20, the Moretown Select Board shared Moretown Landfill's response to the town's letter inquiring about surveillance cameras at the Route 2 facility.

At the board's last meeting, the owners of Grow Compost, who share a border with Moretown Landfill, stated that they were uncomfortable with cameras that faced their business, as they want to protect the privacy of the minors who work for them as well as their own children.

Moretown Landfill responded to the board's letter, saying they have "no intention of removing the cameras," which are technically located on their property and, therefore, fall within their legal rights.

The cameras may fall within their legal rights, but residents urged the board to take a stance against them. Board members John Hoogenboom and Rae Washburn III stated they did not approve of the cameras and plan to draft a more firm letter on the board's behalf.

In the meantime, each board member will read and take notes on Moretown's host-town agreement with the landfill, which expires this August. The board invited members of the public to submit comments for consideration as they begin to make amendments to be included in a renewed agreement.

While Waterbury is the primary responder for the facility, Moretown Fire Department also responds and, according to O'Brien, most of the department is certified in hazmat operations, which requires completing a 110-hour course. And still, "we're always training; we're always refreshing," he said.

As far as fires at Moretown Landfill, "basically, the landfill will take care of it," O'Brien said, explaining that the facility has its own water truck and other firefighting needs.