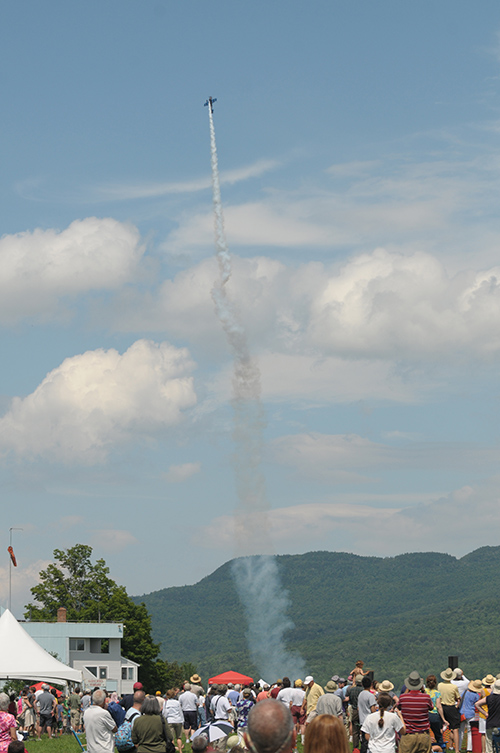 It was a happy day on June 30 at the Warren Airport thanks to the sunshine and thrilling aerobatics performed by Rob Holland, Yak Attack, Jim Parker, Jimmy Parker and Dan Marcotte. "We had a great turnout this year with crowds estimated around 1,500. It was our most successful airshow to date," said Jen Fleckenstein, co-producer of the event.

"This year's beneficiaries joined in on the fun with a tent dedicated to the children of the King Street Center, decorated with crowns and goodies to eat. The King Street kids and staff rarely have events planned outside of the Champlain Valley, so to come to the Mad River Valley was a treat for all!" she added.

The producers of the Stars and Stripes Charity Airshow thanked the sponsors for making this event happen.