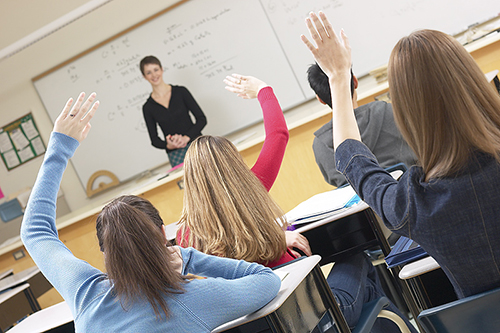 Town Meeting may have come and gone, but the conversation on education funding in Vermont continues, as residents are still scratching their heads over a system that is driving up the Homestead Tax Rate a projected 7.5 percent.

Simply put, smaller class sizes are more expensive, and as mandated by Act 60 of 2013, the Vermont Agency of Education (AOE) presented a report to the House Ways & Means Committee in January recommending minimum class sizes in order to reduce education spending.

According to state Representative Adam Greshin, I-Warren, who serves on the House Ways & Means Committee, student-to-teacher ratios in The Valley's schools "fall well within the recommended ranges," he said, but they're "important to keep an eye on."

Enrollment is declining in schools across Vermont, but "there's been a noticeable reluctance to reduce staff," Greshin said, speaking of the pride the state takes in its smaller, more individualized learning communities. With fewer students, however, "there have to be adjustments," Greshin said, "and I would argue that Moretown has done that."

At Moretown Elementary School, declining enrollment led to the reduction of one full-time teacher last year and the reduction of one full-time para-educator this year. At Town Meeting earlier this month, residents expressed concern about how the staffing reductions have affected student learning, and principal Duane Pierson responded. "I don't think things are better or worse," he said. "They're just different."

While the AOE's recommendations for minimum class sizes were made in order to reduce education spending, Greshin also speaks of the social benefits of larger classes, which are likely to contain a more balanced mix of students. "Most teachers will tell you that the sweet spot is somewhere around 18 to 20 kids," he said, while The Valley's elementary school classes consist more commonly of 12 to 17 students.

Greshin expects future involvement with the House Education Committee as they look at ways to reduce per pupil spending. The AOE's report was the first aggregate report of its nature, and as the state continues its discussion on education funding, "I think there will be many more," he said.