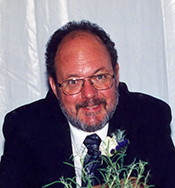 Eugene was born on April 29, 1939, in Newark, NJ, to Helen and Eugene Bradley Cunningham Sr. He graduated from Hackensack High School in Hackensack, NJ. He served our country in Germany for two years. Eugene worked for Otis Elevator Company for over 30 years.

Gene, as his family called him, is survived by his loving wife of 58 years, Michelle. Gene and Michelle were married on November 25, 1961. Devoted father to Jeanne Richards and her husband Mark of NJ, Dianne Dolan of NJ, and Peter Cunningham and his wife Lynnette of NYC; and brother of Michael Cunningham of Granville, VT. Cherished grandfather of Jillian, Douglas, James and Thomas. Proud great-grandfather of Robert and Ryan. He is predeceased by his brother’s son, Bradley Cunningham of VT. Gene is survived by a large extended family and his friends and will be deeply missed.

For many years Gene visited his brother Michael and family in both Waitsfield and Granville, VT. He enjoyed riding his brother’s motorcycle and with the entire family cross-country skiing on the Sugarbush Golf Course. Both brothers enjoyed deer and bird hunting in NY and NJ when they were both teenagers.

He was a quiet man with a strong presence of which he gave to all, especially his family.

The family requested that in lieu of flowers, memorial donations be made to New Hope Pregnancy Resource Center, 149 3rd Avenue, Westwood, NJ 07675.