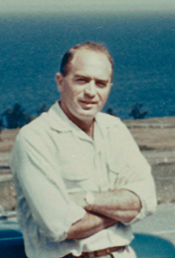 Paul was a 1947 graduate of Waterbury High School. After graduation Paul worked for a year at the former Derby and Ball Manufacturing Co. in Waterbury. He then began a 43-year career employed by Green Mountain Power Co. as a lineman from which he retired. Following, he enjoyed helping his wife, Martha, in her longtime antique business, Martha Lewis Antiques. Paul served his country as a member of the U.S. Army during the Korean War.

A man of strong faith, Paul was a longtime and active member of Wesley United Methodist Church and its affiliated United Methodist Men, the Winooski Lodge #49 F&AM, the International Brotherhood of Electrical Workers and was a former member of the Harry N. Cutting American Legion Post 59.

An avid hunter, Paul enjoyed many years of extensive excursions both in the United States as well as Canada. He and Martha enjoyed vacations in Hawaii and throughout Europe including Scotland, France, Italy, Switzerland, Austria and Germany. Over the years they looked forward to wintering in Florida and Paul enjoyed the spring, summer and fall as a diehard fan of the Red Sox.

Paul is loved and mourned by his wife of 63 years, Martha J. Lewis of Waterbury; their son, Bruce Lewis of Waterbury; as well as nieces, nephews and extended family. Paul’s family would like to extend their sincere appreciation for the wonderful care, comfort and compassion shown to both Paul and the family by the entire staff at Woodridge Nursing Home.

A service celebrating the life of Paul B. Lewis will be held from Wesley United Methodist Church in Waterbury later this spring at a date and time to be announced. Inurnment will be in Hope Cemetery in Waterbury. For those who wish, memorial gifts may be made to Wesley United Methodist Church, P.O. Box 214, Waterbury, VT 05676. Assisting the family is Perkins-Parker Funeral Home and Cremation Service in Waterbury. To send online condolences, visit www.perkinsparker.com.