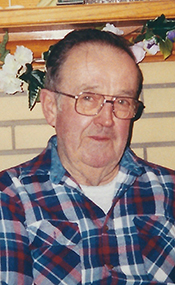 Howard Frederick Ferris, 84, a lifelong resident of Moretown, passed away peacefully, surrounded by his family, at UVM Medical Center on May 24, 2019.

Howard was born on September 28, 1934, in Montpelier; he was the son of the late Albert E. and Melba (Horton) Ferris. On December 17, 1961, he married the former Elnora (Ellie) Andrews in Waitsfield. He attended Montpelier High School and enlisted as a jet mechanic first class in the U.S. Air Force from 1954 to 1958. He was honorably discharged in 1962 from the 58th Fighter Squadron. He was stationed at Otis Air Force Base in Cape Cod, Massachusetts, where he also worked at the Coonamessett Inn.

After returning to The Valley, he owned and operated the Sugarbush Service Station in the 1960s, followed by many construction jobs with various local companies. He was later self-employed for many years as a contractor/finish painter, taking much pride in his work. In his leisure time he built a family camp on Lake Champlain in Alburgh, VT, and enjoyed working in his woodshop building doll cribs, bee boxes, gun racks and other wood-related crafts. He also enjoyed family/area history, fishing, watching baseball, politics, ice cream, game shows, making puzzles and selling bee boxes.

Howard was a strong hardworking Vermonter, with a sarcastic/witty sense of humor. He had a big heart and was a strong father figure. He loved to strike up conversations often starting the conversation with “Where are you from? or “Who’s your father?” He took pride in his family and their accomplishments.

Howard is survived by his wife of 57 years, Ellie Ferris of Moretown; his children, Christopher (and Evelyn) Ferris of Moretown, VT, and Katherine (and Joseph) Nicholson of Endwell, NY. His grandchildren, April, Aileen, Kelsey and Jessica; and great-grandchildren, Arielle, Mallory, Jackson and Beau. He is also survived by his brother, Glenn (and Carol) Ferris of Alburgh, VT, and his sister, Barbara Grandfield of Venice, Florida, as well as many nieces and nephews.

No public services are planned at this time. Graveside services for the family may be held at a later date not yet determined.

The family requests that in lieu of flowers, memorial gifts would be appreciated in contribution to Mad River Valley Ambulance Service, P.O. Box 305, Waitsfield, VT 05673 (www.mrvas.org).