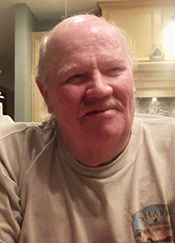 He received his bachelor of science in economics from the University of Tampa and continued his education at Rhode Island College where he earned his master’s degree in health education. An educator for 33 years, he taught school in Newport, RI, from 1969 to 2002 as well as owned and operated Bayside Landscape for 33 years in Jamestown, RI.

Following his retirement, Herb took courses at Yestermorrow Design/Build School in Waitsfield, VT, where he pursued his love of woodworking and creating his own furniture from cherry trees on his property. He later learned woodturning and woodcarving to make custom bowls and other creations for family and friends.

Herbert found great joy in spending time with his family, especially his grandchildren.

It was Herb’s request that no public services be held. For those who wish, memorial gifts would be appreciated to Yestermorrow Design/Build School, In Memoriam of Herb Williams, 7865 Main Street, Waitsfield, VT 05673 (www.yestermorrow.org). Assisting the family is Perkins-Parker Funeral Home and Cremation Service in Waterbury, VT. To send online condolences visit www.perkinsparker.com or the funeral home Facebook page.