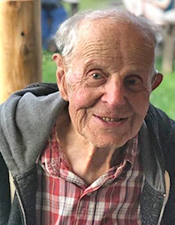 George Edward Armstrong, 96, passed away Wednesday, November 10, 2021, at Genesis Morrison House in Zanesville, OH. He was born March 1, 1925, in Ferrisburgh, Vermont, to the late Alpheus and Jessie Sawyer Armstrong. He was a lifelong resident of Fayston, Vermont. George retired from Ward Clapboard Mills with over 30 years in the maintenance department. He was a member of Seventh Day Adventist Church for over 70 years. He served his country and protected freedom in the United States Army.

In addition to his parents, he is preceded in death by a brother Frederick Armstrong and his former wife Mary Ann Armstrong.