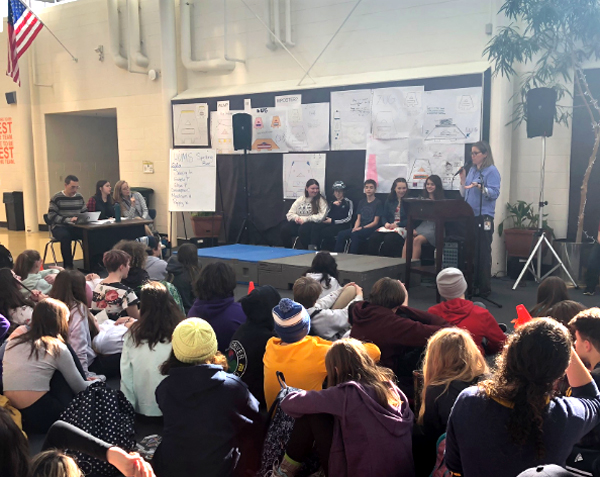 After seven rounds of intense competition it came down to a match between Cummiskey and George for the championship title. The two battled it out to the ninth round where George pulled ahead with the correct spelling of “equinox.”