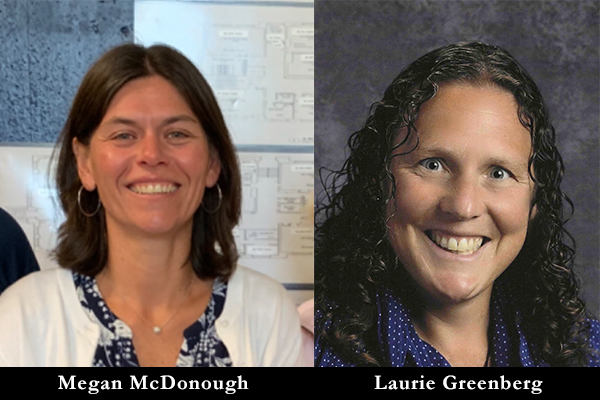 Megan McDonough brings 13 years of educational leadership experience to her new role. For the last three years she has been the principal of Edmunds Middle School in Burlington. As a leader at Edmunds she prioritized creating a connected and safe school community where students feel seen, heard and respected. This community work was part of a collective effort that mobilized faculty by distributing leadership and increasing student voice through a variety of programs.

Prior to moving to Vermont, McDonough was an educator in Boston where she held positions such as principal coach, principal, assistant principal, dean of students and history teacher. She is driven by the belief that every student has the right to a high-quality education. Her tenure in Boston focused on supporting all students in meeting their greatest potential. This work included fostering community college and semester program partnerships in addition to driving professional development among the faculty in their use of student data in order to most effectively meet the needs of all students, according to school district Superintendent Brigid Nease.

She began her teaching career in Worcester and then Chelsea, Massachusetts. She received both her B.A. and M.Ed. in urban education from Clark University and her degree in special education from Northeastern University.

She lives in the Mad River Valley with her two children who attend Waitsfield Elementary School.

Laurie Greenberg has over 15 years in education. She began her career as a middle school teacher in Marlboro, MA, and spent the next 10 years working in Vermont schools. Her experience ranges from teaching second to 10th grade, providing her with a deep understanding of the developmental needs of learners as they progress through their educational experience.

For the past three years Greenberg has been the assistant principal at Mount Abraham Union School in Bristol where she has an integral part in developing the school’s multi-tiered support system and its effectiveness in improving student outcomes both academically and socially emotionally,” Nease said. Her tenure in Vermont schools has given her a deep understanding of the uniqueness of the Vermont education system including new initiatives pertaining to proficiency-based learning as a result of Act 77, Nease reported.

Greenberg completed her B.A. in liberal arts and master of arts in education at Assumption College in Worcester, MA. She received her principal certification through Upper Valley Educators Institute.

Greenberg lives in Moretown with her husband and three children.

“Our committee had 16 members and both candidates were unanimously supported by the committee,” said Superintendent Nease. “Twenty-eight applicants applied, we selected seven to interview and ultimately chose Laurie Greenberg and Megan McDonough after a lengthy process that began last October and was advertised widely through both the Boston Globe and Ed Week in addition to the standard School Spring. Our entire di