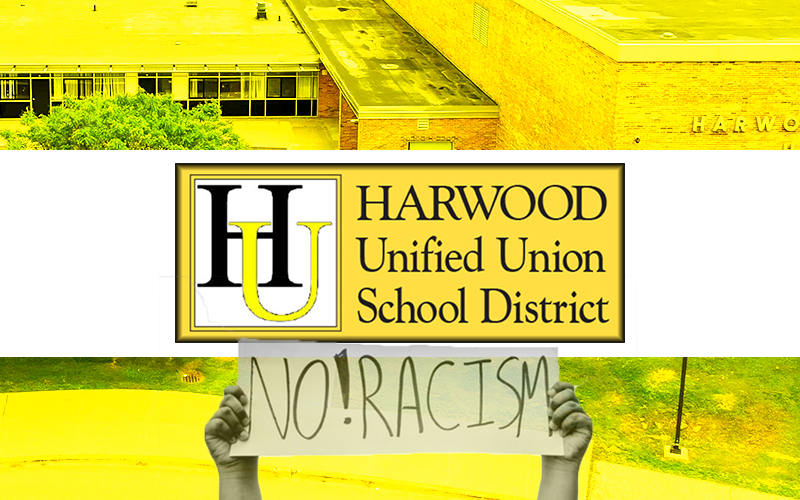 Anti-racism work is percolating in the school district. At a Harwood Unified Union School District (HUUSD) Board meeting on January 27, board members discussed ways to make the school district more welcoming to students of color. Specifically, they discussed changing the name of Thatcher Brook Primary School (which is derived from a slaveholder, Partridge Thatcher), creating a flag policy to prepare for the possibility of raising Black Lives Matter flags at all school campuses and hiring a professional equity consultant.

In early January, the Waterbury Anti-Racism Coalition hosted a Zoom meeting with over 100 attendees, urging the school board to rename the town’s primary school. While the board did not make a formal decision to rename the school that night, on January 27, board members finally took up the topic of renaming the school.

Board chair Caitlin Hollister, Waterbury, who is also in support of renaming the school, asked the board to consider what a name means. “Do we think of a name as something that holds a historical tradition in a community, or do we see a name as something that stands for the current and future community of students who are most a part of that school? I believe it’s more important to think of what a name means for the young people who are there,” said Hollister.  “While I respect where the Thatcher Brook name came from, it’s not a generations-long tradition in our town, nor is it named after someone who played a significant role in our town.”

Closing the Thatcher Brook name change conversation, vice chair Torrey Smith, Duxbury, urged board members to act on their motivations sooner rather than later. “Change needs to happen. I don’t know how we make that change happen. I worry that delaying the decision just draws it out,” she said.

That night, the board also voted to create a flag policy for the school district. According to Hollister, the purpose of a flag policy is to come up with a systematic way of accepting or denying requests to fly flags on school campuses “In the last few years, different organizations have developed flag policies so you don’t end up in a situation where you might be very excited to approve one flag, and later be flooded by other requests and not have a policy to vet those requests. This is a way for a board to review such requests.”

For instance, the board is currently considering flying Black Lives Matter flags at all seven of its campuses. However, it will not do so until a flag policy is in place. “With a flag policy, we would be able to give each request its respectful due,” said Hollister.

Finally, the board voted to hire equity consultant Hal Colton to make the school district a safer and more welcoming place for students of all races and backgrounds. “I’m interested in making sure people of color feel safe and are safe. Let’s figure out what tangible milestones toward equity we can develop,” said Fayston representative Theresa Membrino.

Some school board members wanted to know how Colton would take tangible steps toward equity. Hollister explained that part of his work will be to survey the physical spaces in all school buildings in the district and make sure the art, murals and flyers on the walls portray students of all races, religions and nationalities.

Moretown representative Lisa Mason said she would prefer to work with Colton on a more frequent basis in order to address equity issues as they come up throughout the year.

Waitsfield representative Christine Sullivan reminded the board that enhancing equity also encompasses addressing socio-economic disparities between students. “We have serious socio-economic divides in our district, and we should address those and be more cognizant of those in our discussion and decision-making. Let’s make sure to define equity in our work with Hal,” said Sullivan.