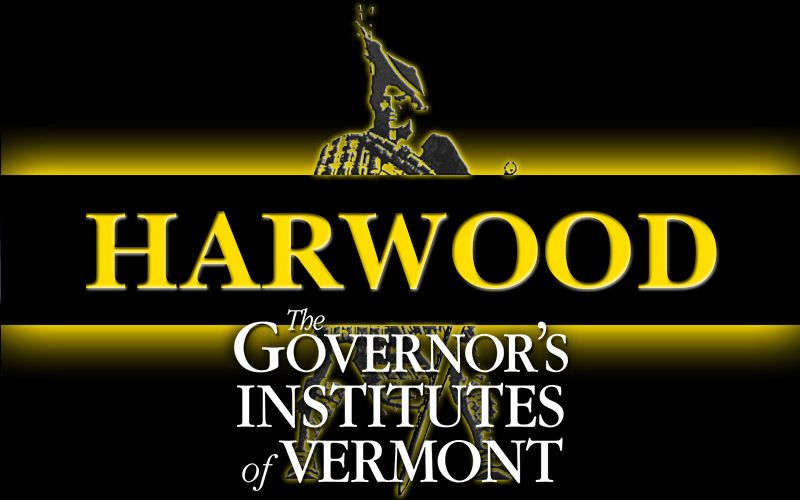 Ten Harwood Union High School students participated in the Governor’s Institutes of Vermont (GIV) immersions this summer. In a typical year, GIV would convene on college campuses across the state for multi-day residential institutes where Vermont high school students explore topics that excite them. For the second year in a row, GIV went virtual, with students all over Vermont connecting, learning and sharing their work remotely. The programs involved online workshops for several hours each day for the duration of the immersions (five to 11 days), in addition to independent research or projects, along with social and team activities, from virtual drum circles to JackBox game nights.

Beckett Kahn, who participated in the math immersion this summer, said, “I learned about how math is used in a lot of different places, like counting votes in elections, teaching computers how to recognize things in pictures and figuring out where people’s ancestors came from. We also played games that used probability and we did an online escape room. It was a little different from the classes I have taken at school. One difference was that the class was for six hours each day, instead of a little over an hour, but despite the long classes, there was a lot of energy and class participation. Another difference was that there were a lot of guest speakers, like Dan Velleman from Amherst College, John R. Schmitt from Middlebury College, Mary Beth Ruskai from the Institute of Quantum Computing, Zachary Winkeler from Dartmouth College, Melanie Fraser from Southern New Hampshire University, Greg Petrics from Northern Vermont University, Chris Danforth from the Computational Story Lab and Felix Wu from Harvard University.”

GIV has been in operation since 1983. According to the GIV website, it “provides young people with intensive, hands-on learning experiences in college settings, igniting academic and creative passions, building confidence and leadership, and expanding students’ sense of possibility.”

GIV executive director Elizabeth Frascoia said the organization is “trying to keep the hallmarks of the GIV experience,” such as student-led learning, despite the challenges presented by the pandemic. She emphasized that these programs weren’t just sitting in front of screens all day but encouraging students to explore and learn from their environment and share their findings and creative work with other students. “Building community can be tricky online,” Frascoia said, “but it can be done.”

She said the Arts Institute, where she was program director for several years, was focused not just on creating art this year but on developing students’ individual creative practices. Faculty and staff members shared their own processes for creating music, theater, writing and many more artistic disciplines.

GIV’s virtual immersions were “pay-as-you-can” this summer, with some families electing to pay more than the suggested price to help offset costs for others who were unable to pay the full suggested price.

Frascoia called this “such a crucial year for students” and stressed the need to stimulate and energize them after a challenging school year.

“I liked being in a class with other people that like math and meeting people from around Vermont who also like math. I discovered a variety of jobs where people use math that I didn't know about. GIV offers classes in many different subjects, so if there is anything someone is passionate about, I would encourage them to apply,” Kahn said.