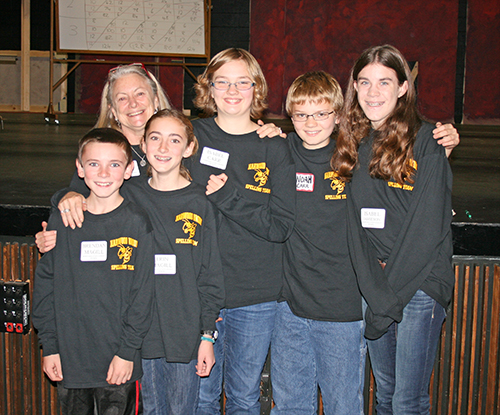 Harwood Union has participated in the VPA team spelling competitions since their inception, but this was the first year that Harwood also hosted the competition.

The competition was tough and few non-challenge words were missed. The three top teams were within two points of each other for the first eight rounds. Ultimately Fairfield Central School took the competition by a margin of four points – one bonus word. HUMS and North Country tied for second place, a mere word behind the champions.

Coach Gross was extremely proud of how the team performed, though they did not get as far as they had hoped. Fairfield will move on to compete in the VPA Spelling Team State Competition on November 16.