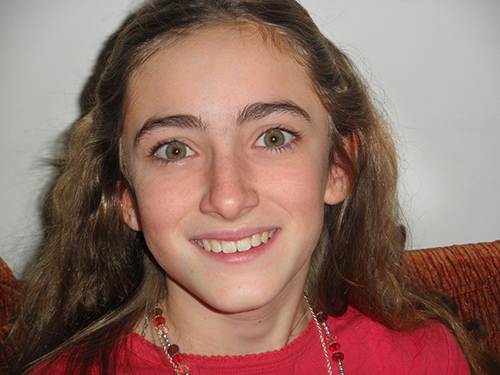 On Friday, February 21, 2014, HUMS seventh- and eighth-graders were invited to attend the 2014 Scripp's Spelling Bee Competition. There were 19 strong participants in this year's contest, as determined through qualifying rounds in language arts classes.

Erin will represent Harwood on Wednesday, March 19, as she and 43 other champions from around the state convene at St. Michael's College for the annual Scripp's Vermont State Spelling Competition. Erin competed last year as a seventh-grader and one of the younger competitors in the state bee and will surely benefit from her experience. The winner of the Vermont State Spelling Bee will be headed to Washington, D.C., in May for the Scripp's Spelling Bee National Competition.