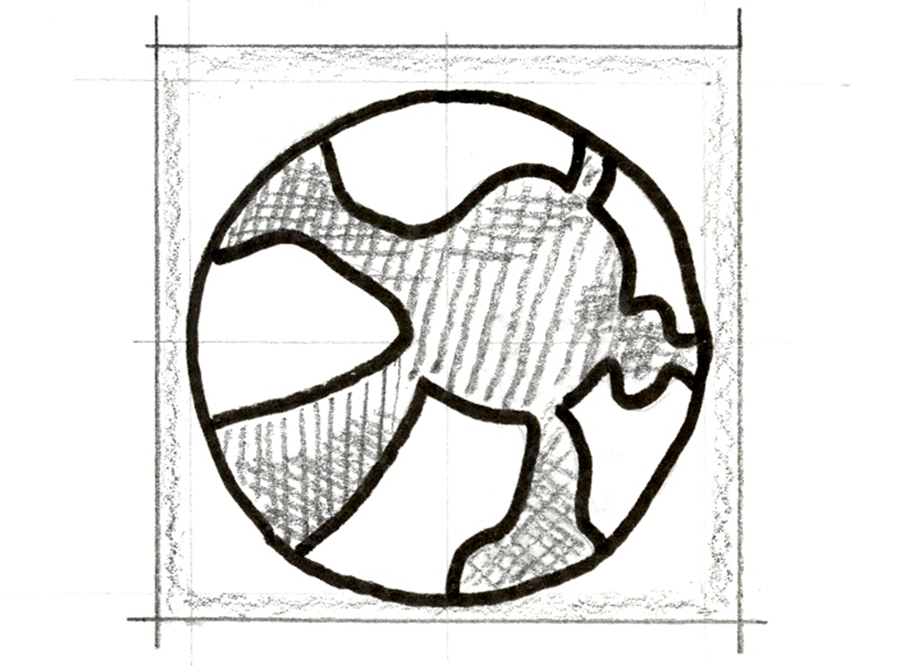 Not every story is hard to tell, but this one is...
This is a story of unfolding events, of a world changing in ways that may not be to our liking.  Some changes are the result of invisible forces, of fate and chance, others from our own actions and choices.  This is a story of the latter.  It is a story of irreversible change, permanent and forever, with consequences we do not and can not fully understand.  This is a story of extinction.

The biosphere is a thin veil of life that cloaks the planet in greens and blues and the iridescent colors of the rainbow.  From high in the clouds to surprisingly deep below the surface, but nowhere more so than the ground beneath our feet, life abounds in profound diversity.  Science has identified two million species and has estimated another six million or so are still to be discovered.  A few species that are important to human interests have been fairly well studied but the lives of the great majority are almost wholly unknown.

Within the biosphere are communities of specific plants, animals, algae, fungi, and microorganisms forming interconnected webs of infinite complexity.  Biologists refer to these communities of interacting interdependent species as ecosystems.  Ecosystems can be large like the Amazonian Rain Forest or small like the field across the road.

Although biologists are far from fully understanding the many and varied ways species interact with one another, what is clear is that every species forms interactive webs with other species and contributes to the health and resiliency of the ecosystem.  Further, when endemic species become rare or extinct their ecosystems are weakened leading to the decline of other species.  E. O. Wilson wrote, “As more species become rare or go extinct the rate of extinction of the survivors accelerates.”

We are creatures of the biosphere, as interdependent on it as any other species.  Again, from Wilson, “Biodiversity is a shield protecting each of the species that together compose it, ourselves included.”  This shield, that has for so long protected the human family, is now being threatened by changes in the environment we are causing.  It is estimated that the current rate of extinctions is 1000 times greater than the base level before humans began to settle the world.  If the current trends hold we may lose up to 50% of Earth’s species by the end of the century.  This level of species loss could create a cascading and irreversible decline, and possibly collapse, of ecosystems that we, and all life, depend on.

The principle threats to biodiversity, in order of their significance, are contained in the acronym HIPPO:

At the global level E.O. Wilson has calculated that in order to stabilize the diversity of the biosphere we need to set aside for nature half of the surface of the earth.  He has estimated this will sustain about 85% of the existing species. To date, conservation initiatives have protected about 15% of the land area and 6% of the seas.  These efforts have helped a great deal but are woefully inadequate for the scale of the problem.  In Wilson’s view we need to aim higher and embrace a “conservation moonshot.”

Closer to home there are things we can do. First, it is important to recognize that the extinction of species is not just a problem of distant rain forests and coral reefs.  It is a planetary phenomenon that is also happening here, and so it is imperative that we do what we can to help the species who are our neighbors.  Solving global problems starts with local solutions.  Can we do our part by conserving half of the Valley for nature?  If not here, where, if not us, who?

Education is indispensable.  We need to become more ecologically literate and think about the natural world and our role in it anew.In our yards we can limit the use of synthetic fertilizers and pesticides and create habitat for wildlife such as piles of brush, stone, compost, and leaves. Planting native wild flowers and allowing some of our lawns to grow into meadows can also help. If any of these look messy or unkept, we can rethink our aesthetics.  These initiatives become home to a great variety of life and in this way have their own beauty.

We can join organizations that promote ecological stewardship.  At the local level there are the municipal Conservation Commissions, Friends of the Mad River, and the North Branch Nature Center.  At the State level there are many environmental non-profits including the Vermont Land Trust, Vermont Natural Resource Council, and the Trust for Public Land.  At the international level there is the E.O. Wilson Biodiversity Foundation, the World Wildlife Fund, the Nature Conservancy, and others.

Finally, vote.  Vote for candidates who take these issues seriously, who are committed to evidence-based policies, and who appreciate that our natural heritage is an essential legacy for our children and all the children who will follow.

In the end, whether or not to save our rich natural heritage or turn toward an uncharted more human-centric future is an ethical question.  Conserving our natural heritage will require a sustained commitment and, at times, certain sacrifice where we put the interests of others—of other species and other generations—ahead of our own.

Some things are hard to do but are worth doing because of their essential goodness.  The Ancient Greeks thought well of doing good.  Plato believed “the good” was the source of virtue, and virtue the source of happiness.

The empirical evidence is clear: We have the ability to change the biosphere.  This gives us an almost god-like power to determine the fate of other species who share the world with us.  Maybe, then, it just comes down to this:  What kind of god do we want to be?