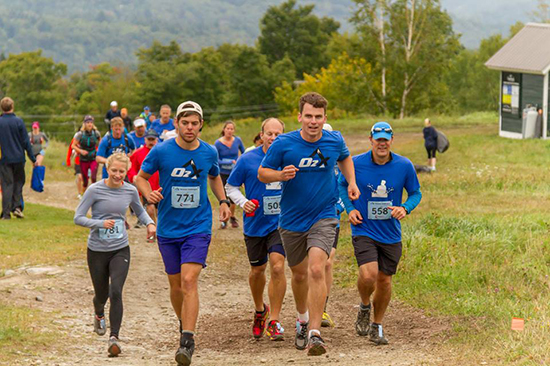 I've been romping around mountains for years, but I'd never done a race up one before Saturday, September 13, when I competed in the first-ever O2X Summit Challenge at Sugarbush Resort's Mt. Ellen.

Marketed as bringing adventure racing back to its natural roots, O2X Summit Challenge contained no man-made obstacles. Instead, competitors were confronted with stream crossings, rock scrambles and overgrown sections of woods on a course that was well-marked, but—from someone who used to spend summers rebuilding sections of the Appalachian Trail—could not be considered a path in even the loosest sense. 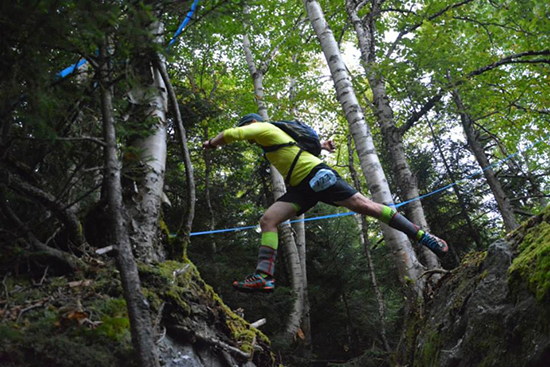 O2X Summit Challenge's single diamond race course gained nearly 1,500 feet of elevation in 4.11 miles, starting at the base of Mt. Ellen and finishing at the top of its quad chairlift. When race organizers Adam LaReau and Paul McCollough described the types of obstacles competitors would encounter in the race, my first thought was, oh, so it's like hiking. Hiking is something that I do all the time—except that usually I'm by myself and no one is timing me. 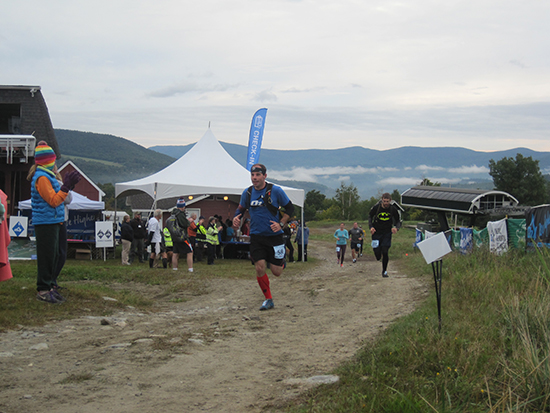 As I made my way through the course on Saturday morning, the mist was still rising over The Valley. Views of the farmland below and its surrounding peaks fueled my spirit after huffing my way through particularly steep sections of woods, as did the notion that if I weren't competing in the O2X Summit Challenge, I probably would have been hiking up some hill anyway.

I made it to the finish line on Mt. Ellen in just over 50 minutes, reminding myself of what my body is capable of accomplishing with a little push from competitors and from the clock. But mostly, my sense of accomplishment came from the mountain itself. And from the trophy and free beer I got after the race.

In its debut event at Sugarbush Resort on Saturday, September 13, O2X Summit Challenge rewarded strong uphillers, with winners hailing from the mountain towns of Waitsfield and Boulder, Colorado.

Over 200 people completed in the adventure race at Mt. Ellen. The overall winner in the double diamond race – which challenged trail runners with 2,490 feet of net elevation gain over 5.02 mostly off-trail miles – was Kenyon Neuman of Boulder, Colorado, who finished in 1:00:44.

Local competitor Audrey Huffman of Waitsfield took the overall win in the women's race, finishing in 1:08:09. Neuman and Huffman take the lead in points, moving into the second event in the O2X Summit Challenge Series at Sunday River Resort in Maine on September 27.

In Saturday's double diamond race, Meaghan Paugh of South Newfane, Vermont, was the top finisher in the women's 18- to 34-year-old category and also won the women's Scramble Challenge – a prize given to the fastest racer through the most challenging section of the course: a steep, exposed rock scramble that is separately timed. 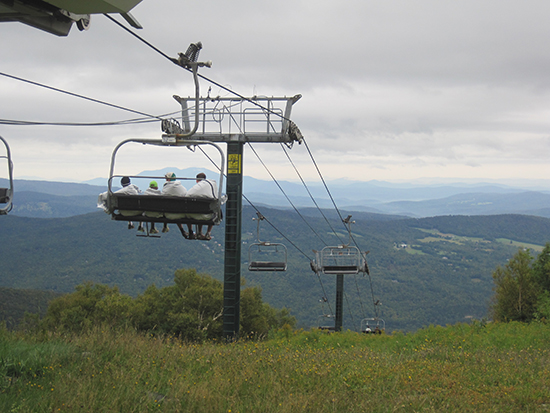