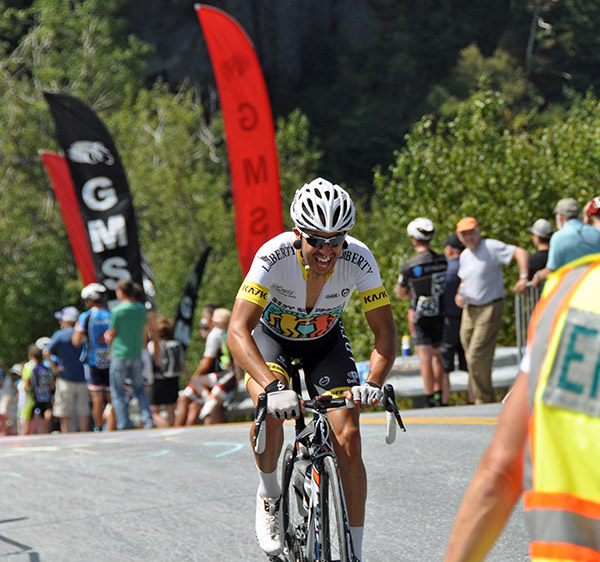 The 16th Green Mountain Stage Race (GMSR) starts on Friday. Registration was not quite closed as The Valley Reporter went to press, but race director Gary Kessler said, “Registration has been tremendous this year. We had so many early registrants and I expect that registration will be 20-plus percent higher than last year, which is fantastic.” Kessler added that many race fields are full or just a few riders short of full with some time left for people to register.

The GMSR will have four stages this year with two of them in the Mad River Valley. Stage 1, The Warren Store individual time trial, will take place starting in Warren Village at 8:30 a.m. on Friday. Time trials are also known as the “race of truth” as each racer must complete the course as fast as they can without the benefit of drafting other racers or using their team for assistance. The GMSR time trial course is challenging with a little bit of everything including climbing, rolling sections and few downhills as well a trip through “the dip” in the last kilometer ending with a very painful 500M gradual climb to the finish. It favors strong all-around racers. The stage will wrap up in the afternoon.

On Saturday, The Bridges Resort Circuit Race will take racers around a 17.5-mile loop. Fields will ride between two and four laps with sprints at the finish line each lap and a King/Queen of the Mountains competition as well. This year, because of several bridge issues on Routes 100 and 100B, the race will take place in New Haven and Weybridge starting at the Field Days site on Route 17. 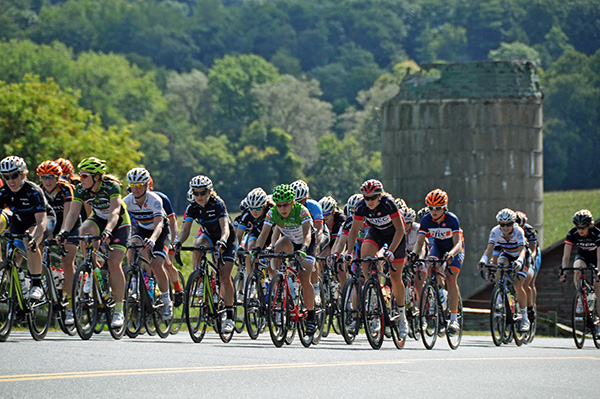 Sunday is the Champion System Mad River Road Race, which is considered the “Queen Stage” of the event. The race starts at Mt. Ellen and travels over the Middlebury Gap, up Notch Road and into Bristol finishing at the summit of the Appalachian Gap. This is a 65-mile loop, which is what most racers will ride, but two fields will race an additional 33-mile loop for a total of 98 miles of racing. This is the stage that every climber dreams of winning with the crowds at the top of the App Gap cheering them to victory. Spectators are encouraged to come chalk the road and cheer the racers on. Shuttle buses will bring spectators from the Mad River Glen parking area to the summit.

Monday brings the Criterium, which takes place in downtown Burlington. A criterium consists of a loop of less then 1 mile that is raced for multiple laps. The Burlington Criterium is 1K (0.61 miles) around the closed streets of downtown Burlington. The race starts on Main Street by the Flynn Theater and races on Church Street, College Street, St. Paul Street, Bank Street and Pine Street. Racers will race between 25 and 50 laps. These races are done at nearly top speed with the P/1 men completing the 31 miles in about an hour. The Burlington Criterium course is one of the finest and most fun to ride in the country with six turns including both left and right. It is like a NASCAR race with 100-plus racers fighting for position. To make it even more entertaining there are sprints on certain laps for prize money and points in the race. This ups the speed even further. Come see the action and cheer the racers starting at 8:30 a.m. and ending at 5 p.m.

Road Closures During the Weekend

There will be several road closures to help make the GMSR as safe as possible. The first will be on Flat Iron Road in Warren starting at 8 a.m., reopening once the race is completed. The second closure is of Route 17 both east and west from 11 a.m. to 3 p.m.