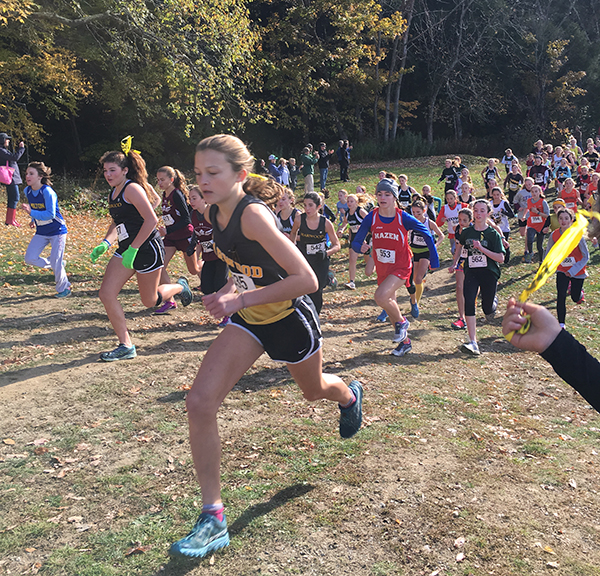 The Harwood Middle School cross-country girls once again took first place, this time in the home invitational on Saturday, October 15, at Harwood, while the Highlander boys’ team battled for the podium, even in the face of two of their top five runners unable to compete, bringing in a third-place finish; there were only three points in between first and third place. Cary Bond-Bardes (54th), Silas Yonkman (34th) and Mason Berry (33rd) stepped up for the team, fighting it out to cover their two missing team members.

“It is amazing how even the most difficult of times, our mature, gritty Harwood Middle School team manages to exceed expectations, not just in their racing ability but in their support of one another,” said coach Lou Bevacqui.

For the Highlander boys, Carlton Cummiskey (7th) with a time of 13:29 and Ruslan Henry (12th) passed nine other teams on “the killer” leading the boys up and over to a well-fought and earned third-place finish. Zennor DiMario (19th), Luke Groom (21st), Mason Berry and Silas Yonkman all ran the always difficult Harwood course in under 15 minutes. Connor McCarty (47th) rounded out the top seven. Julian Fowler and Jack Peterson came in within 30 seconds of each other, keeping all other encroaching teams at bay.