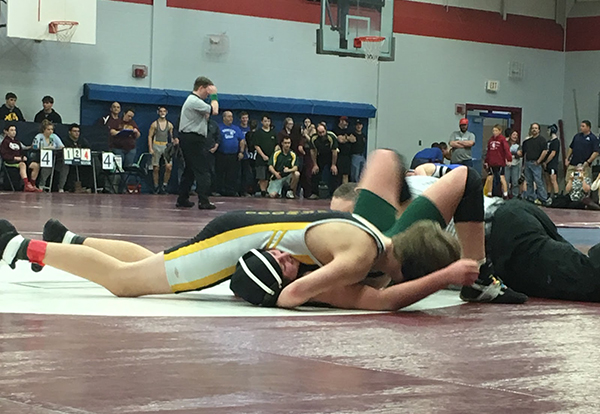 Harwood Union middle school and junior varsity wrestlers competed in the state tournament on February 18 at Spaulding High School. All seven Harwood wrestlers were able to place in their respective weight classes.

Coach Casey Moulton noted, “For some of these kids it was their last meet of the season, so they left it all out on the mat. They overall did well for the day. We are looking forward to next season and having them come back and improve on what we’ve already done.”

Varsity states will be held at Vergennes Union High School beginning the afternoon of Friday, February 24, and finishing late in the day on Saturday, February 25. Harwood will send four wrestlers to compete for a spot on the podium.