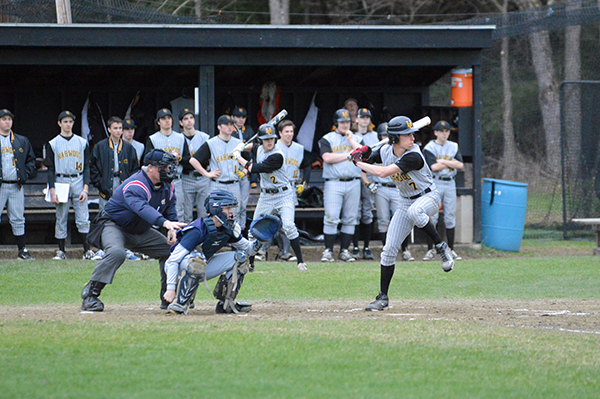 The Highlanders dropped their second game on Tuesday to Randolph 9-3.

If the Highlanders could get rid of one inning a game they could potentially be 2-0. However, as it stands, the team has lost both of its games.

On Tuesday night, it was the second inning that Harwood couldn’t seem to close out. Starting pitcher Beckett Richardson was lit up for seven runs before he was taken off the mound and they were finally able to get back up to hit.

Even though the first two games have left the team without a win, head coach Mitch Casey is not as concerned as most would be. Casey said that his teams in the past few years have gotten off to slow starts, but they have turned the season around.

Last year the Highlanders started 0-4 and the year before that the team was 0-3 to begin the season.

Casey said that Harwood’s pitchers need to make their opponents work harder. They need to challenge the batter and throw strikes. “They can’t go 3-2 to everybody; you just can’t do that,” he said.

Likewise, when the Highlanders are on offense, they need to learn the strike zone. Also Harwood needs to see more offense from the bottom of their lineup. It’s the second game in a row in which the top of the lineup has created almost all of the offense, Casey noted.

“If you don’t hit you don’t win. We had four hits going into the last inning,” Casey said.