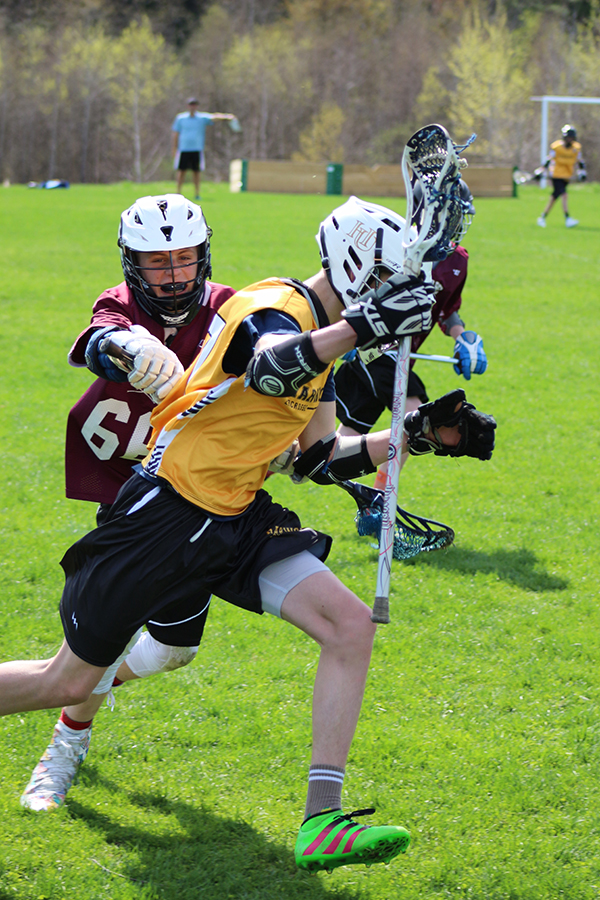 The Harwood/Mad River U15 lacrosse team opened up their season last weekend with Saturday wins against Barre and Plattsburgh and a Sunday tie against Stowe. The team is a combination of Mad River Valley Youth Lacrosse and Harwood Youth Lacrosse players in grades seven and eight.

In the Plattsburgh game, Harwood/Mad River won by a score of 8-1, led by O’Hara with three goals and Avery Fish with two assists and a goal. Other goals were scored by Jack Talbert, Joe Hale, Thomsen and Simmons. Addison Dietz was excellent in his first game ever in goal.

The next scheduled game for Harwood/Mad River U15 will be at 4:30 p.m. on Friday, May 5, at the Crossett Brook Middle School fields.

In other upcoming lacrosse events: On Friday, May 5, the Mad River U15 girls will open their season with a home game at 5 p.m. at Mad River Park.