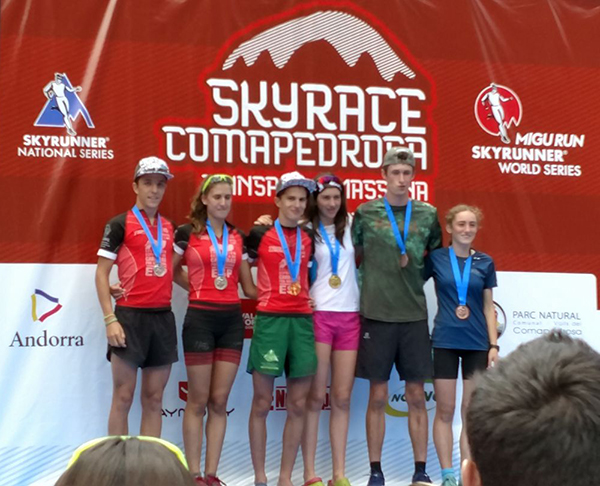 A team of Harwood Union current and former runners plus a Middlebury runner put in peak performances last weekend at the 2017 Youth Skyrunning World Championships in Andorra. Andorra is a principality located in the Pyrenees Mountains between France and Spain.

Erin Magill, who will be a senior at Harwood, was a star of the 2016 Harwood girls’ cross-country team and she placed third in the Youth Skyrunning Championships last weekend.

She finished third in her age category in the KV Arinsal, a 3.5-kilometer race with an elevation gain of 1,020 meters. Harwood Union cross-country coach John Kerrigan explained that this particular race started at 1,500 meters and ended at 2,570 meters. Skyrunning events are characterized by inclines of greater than 30 percent and finish lines above 2,000 meters.

Of the seven kids that Kerrigan and his son, coach Ryan Kerrigan, brought to compete, they earned four finishes in the top five, he said.

The Kerrigans and Vermont runners are flying home today, August 3.