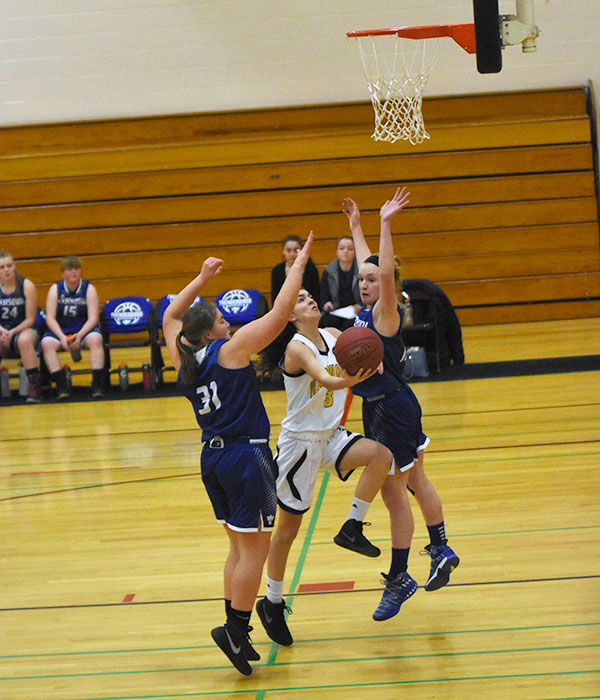 The Harwood (HU) girls’ basketball team jumped out to an early and strong lead against Missisquoi Valley Union (MVU) and hung onto it for a 47-41 victory, taking their second win in three days.

The Highlanders dominated the game for the entire first quarter shutting out MVU and accumulating a 10-0 lead. However, throughout the second period MVU climbed back to within seven points.

“Our zone came out great again in the first quarter and a half and in the third quarter we really let them down and the fouls played a big part,” Harwood head coach Tommy Young said.

Young noted that eight of MVU’s 17 points came from the free-throw line in the second quarter.

“It’s not that we held back, but I think mentally our team said, ‘Alright, we’re up,’ and they lost their focus. That’s what you see when you have a younger team,” Young said.

“I think they are realizing that they can play with teams. There are still some teams that we will face that are at a really elite level and we’re not there yet. We hope to get there, but I think we’re realizing that we’re better than we thought we were when we started,” Young said.