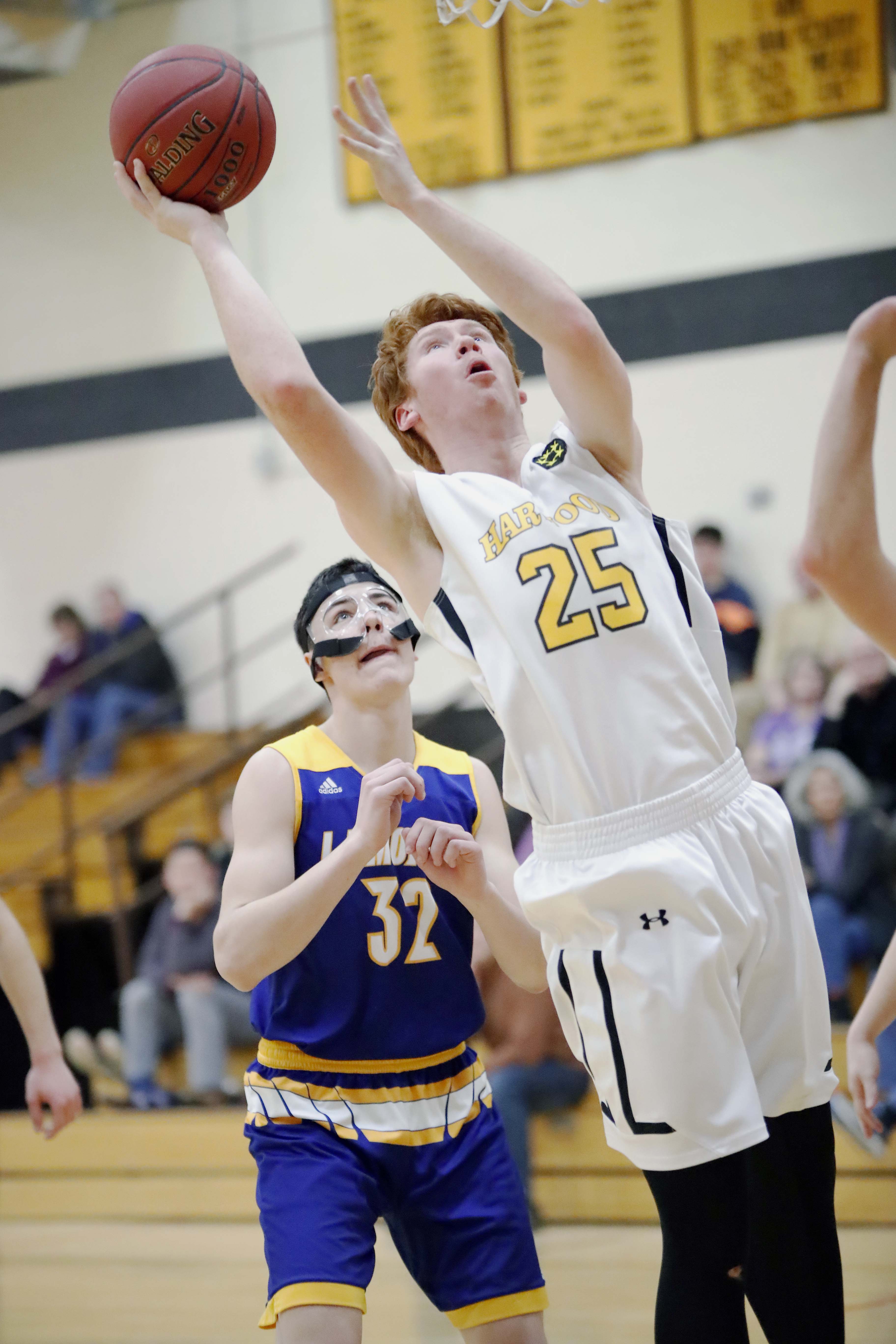 The Harwood boys’ basketball team fell just short of a comeback on Tuesday, February 6, against Lamoille. The Highlanders lost 59-44 to the Lancers.

Liam Harper, Will Lapointe and Jake O’Brien combined for 30 of Harwood’s points on Tuesday night. O’Brien went three-for-four from beyond the three-point line.

“We came out in the first half and we didn’t do some things that we had been talking about doing. We didn’t do a good job of defensive rebounding; we were a little sloppy with the ball and we were rushing things on offense,” Harwood head coach Mike Woods said.

At halftime, the Highlanders were able to regroup and fix a few of the issues, Woods said.

“I’m happy we were able to make halftime adjustments. That’s something we’ve been talking about and trying to do better,” Woods said.

O’Brien’s three-pointers might have given the Highlanders a start in the second half, but making the game close was a team effort. Woods said he played around 11 athletes on Tuesday and seven found the stat sheet.

With just under two minutes to play the Highlanders had remained within six points; unfortunately, the Lancers pulled away with a handful of free throws.

Harwood will take to their home court again on Thursday, February 8, against U-32.