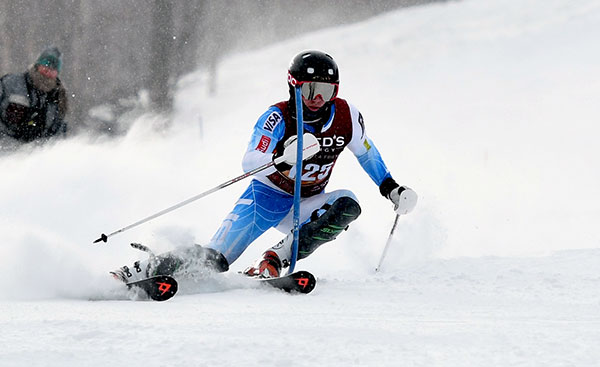 Although Harwood was technically competing at Champlain Valley Union’s Carnival last Tuesday, January 30, it probably felt more like a home race to the athletes at Sugarbush.

Harwood’s racers won the slalom event overall with strong performances from both the boys’ and girls’ teams.

Rex Rubenstein won the boys’ race with a combined time of 1:08.10. Julian Slesar, an independent athlete, took second place, 5.6 seconds back, and another Highlander, Ian Groom, rounded out the podium, 9 seconds out of first place.

Just a few days later the team traveled to Smugglers’ Notch to compete in the Essex High School Carnival where the Highlanders put on an even stronger performance.

The boys’ team put five athletes inside the top 10 and the girls’ team swept the podium in the giant slalom.

Noah Williams led the boys, winning the event with a combined time of 58.08. Patrick Lepsic of Rice finished second, 1.59 seconds out, and Connor Woolley, from Harwood, placed third, 1.74 seconds out.

Kogut won the GS with a combined time of 1:03.51, followed by Hall, who finished 1.95 seconds back, and Iskandarova finished in third place, 2.61 seconds out of first place.

The next day, Williams and Woolley finished second and fourth in the boys’ slalom and Jernigan finished ninth in the girls’ slalom to solidify the team’s victory.