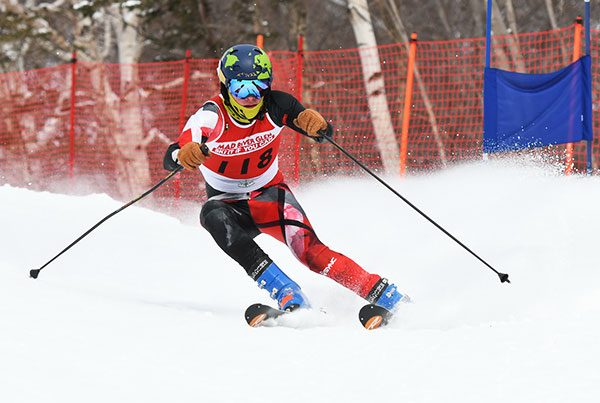 Harwood’s alpine team won their home event for the second year in a row led by strong finishes by both the boys’ and girls’ teams.

The event held at Mad River Glen on Friday, February 9, took a slightly different form than most races do. The event was set up as a dual, where all competitors took one run on the red course and one on the blue course; then the top 16 in each gender move on to the shootout.

The shootout is set up as a bracket so the winner will end up taking eight runs. Two Harwood athletes ended up going the distance.

Taking three of the top spots in the event pushed Harwood to a decisive victory. The Highlanders finished with 36 points, followed by St. Johnsbury with 74 and Stowe with 87.