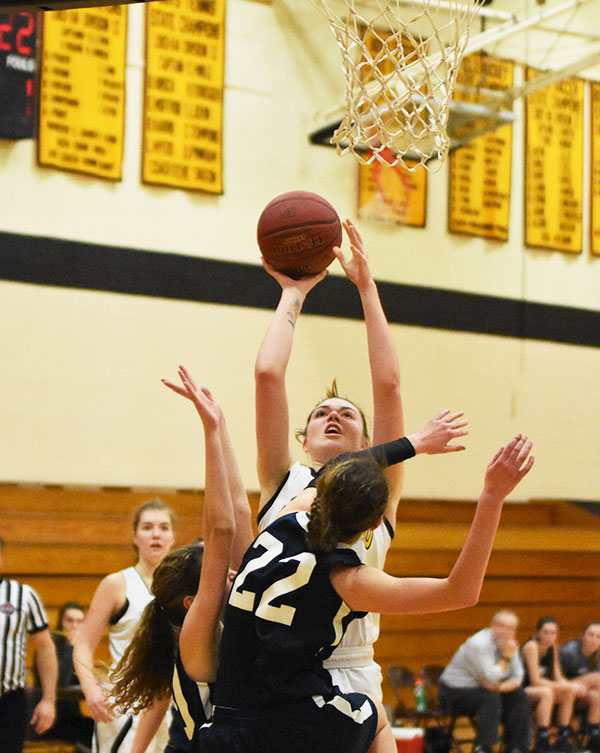 Harwood’s girls’ basketball team faltered late in their game against Randolph on Tuesday, February 13, going on to lose 41-27.

The Highlanders were able to hold even with Randolph well into the third quarter, but through the end of the game the Ghosts took control.

“In the fourth we just got tired. We only had eight on the bench again tonight because of injuries and sickness, so I think by the fourth quarter it’s showing up a little bit. Everything just seems harder because our legs feel heavier,” Harwood head coach Tommy Young said.

Young said that the Highlanders are often victims of a short bench, as other teams have three or four more girls to rotate through, and the style of defense that Harwood employs, though effective, is energy consuming.

“The zone that we play is very active, especially with the guards up top. And that’s why I think it’s so hard to play against, because we move pretty quickly and we fill a lot of space, but to do that everybody’s got to be 100 percent,” Young said.