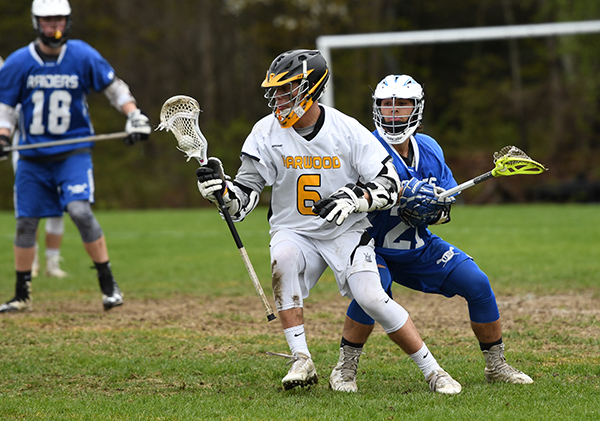 Around 40 athletes showed up to play lacrosse this season at Harwood, which is good news for the program as the varsity team looks to fill gaps left by departing seniors.

Head coach Russ Beilke said that it was one of the highest numbers he has seen show up for the sport since he has been involved with the program.

One of the key players that the team lost is last year’s all-state goalie Cam Andrews. Luckily, he is returning as an assistant coach and he will be able to train his replacement, Sully O’Hara.

“So while we have a number of players returning we also have some key spots that are open for interpretation at this point in time,” Beilke said.

Among the returners that Beilke will look to are Tyler Skroski, Hunter Wimble and Connor Woolley, who are the three captains, as well as O’Hara.

“Those are the guys that, as captains, our expectation is that they will be the leaders on the team,” Beilke said.

The team has been spending the majority of its practice time inside the school’s gym. Players were able to get outside for the first time last weekend with a scrimmage against U-32 at Norwich.

“It went like our first time outside,” Beilke said of the scrimmage.

He noted that there were a lot of positive things to take away from the scrimmage but also many points to improve on.

Early on, Beilke said, the team must focus on communication of defense.

“If the communication is not there, it is really easy to break down on defense,” Beilke said.

Outside of that, the team can improve on the basics, like picking up ground balls.

It’s unclear when the first game for the Highlanders will be, due to weather, but they are scheduled to play Milton at home on April 13.