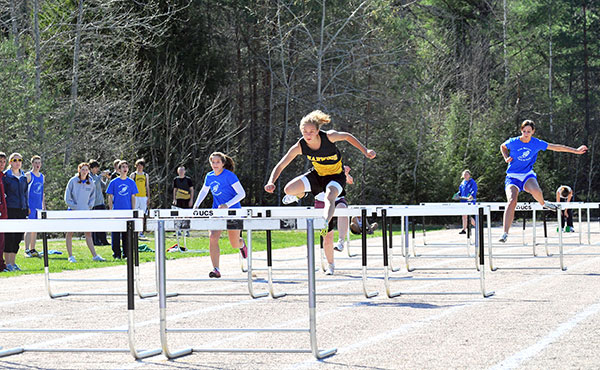 In the 110-meter hurdles, senior Jonas Merchant finished sixth with a time of 18:34.

In the 4x800 relay, the Harwood team of Bevacqui, Acme Wasi, Winter Haberle and Brendan Magill finished fifth with a 9:16:28 time.

The javelin 800g had junior Cyrus Pearl placing fourth with a distance of 146 feet. The high jump had Jonas Merchant finishing in the No. 2 spot with a 5-10 personal record. The long jump event had a 10th-place finish with Anson Smith achieving 17-05.00.

In the 100-meter, sophomore Anna Jamieson finished in fourth place. In the 200-meter, Jamieson placed ninth. Erin Magill placed sixth in the 800-meter race. In the 1500-meter, Harwood had two top-10 finishes – Magill in third and sophomore Julianne Young in seventh.

In the 3000-meter, Magill came in third with Young following behind for a sixth-place finish. Hadley Kielich placed 14th in 300-meter hurdles.