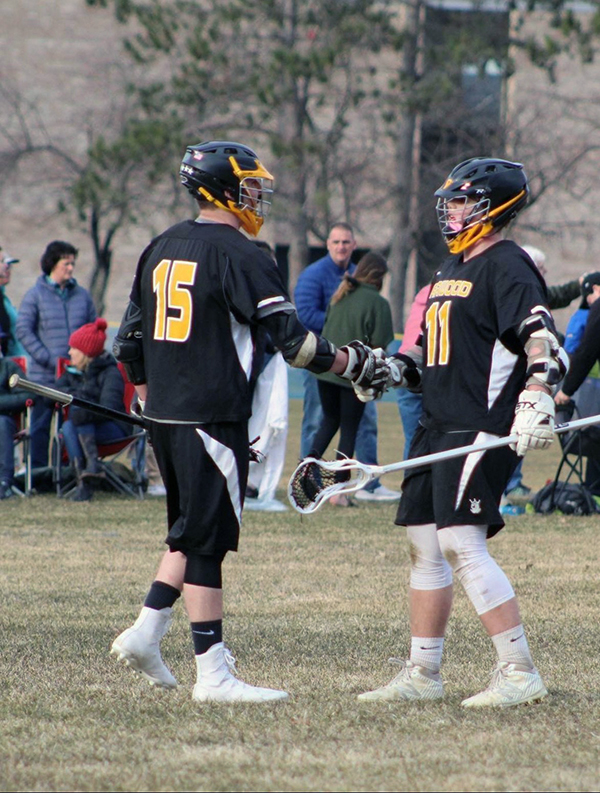 The boys’ tennis team is looking to improve their overall record this year, as last year’s was near 0.500.

“We are looking to improve on our results against some of the better teams in the state. I'm looking forward to seeing the guys improve from last year,” said Mikle.

“I really enjoy watching the guys fight for a win. It's a good sport because there are individual battles as a singles player or as a two-person team in doubles, but you're ultimately playing for the team,” said Mikle.

The boys’ tennis team will play Montpelier away on April 24.

Boys’ lacrosse brought home their first victory of the season with a 4-3 win in an away game against Milton. As the spring weather has been a crucial opponent in outside practices, the boys’ team had only been able to practice outdoors a handful of times.

Oliver Hammond assisted senior Jake Wells in scoring and Jake Green also netted one for Harwood. Finn O’Hara had two goals and an assist on the game, clinching the win at 4-3. Goaltender Aiden Wright had eight saves. The Highlanders will play again, weather permitting, away against rival U-32 on April 23.