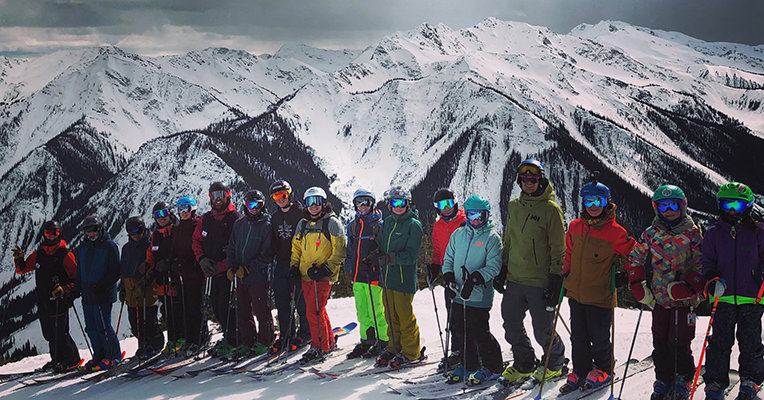 Between April 9 and 14, 13 athletes and three coaches from the Mad River Glen Freeski Team traveled to Kicking Horse Mountain Resort in Golden, British Columbia, for the 2019 IFSA North American Junior Freeride Championships (NorAms). This invitation-only event was the culmination of the IFSA Jr Freeride season and brings together the top-ranked athletes from the United States and Canada for a multiple-day competition. In a freeride competition the course consists of a start gate, a finish corral and boundaries on either side of the trail. Athletes choose their own path down the terrain and are judged on line, control, fluidity, style and energy and technique. Line scores are awarded based on the difficulty of terrain, steepness, exposure and snow conditions. All other categories are judged off the line score with a point differential of plus or minus three per category.

With a few days to prepare prior to competition, MRG skiers and coaches transitioned from the narrow tree-lined slopes of the East to the wide-open bowls and exposed steep terrain of the Canadian Rockies.

“It’s amazing how quickly our kids can transition to feeling comfortable on big-mountain western terrain. By the end of day one of U12 qualifiers, it was clear to everyone just how adept Mad River kids were at adjusting to the terrain,” said MRG Freeski program director Ry Young.

The MRG Freeski presence was strong at NorAms; only the Whistler Freeride Club had more team athletes in attendance.

Additionally, longtime Freeski Team member Jordan Conrad was named Mayor of Freeride after votes were tallied from freeride community. The Mayor of Freeride is a peer-nominated annual award in honor of the late IFSA head judge and president Jim Norm Jack.

“Traveling to NorAms is the culmination of a long season of hard work for the coaches and these athletes. It’s truly an honor to be in this position; watching these young athletes meet their emotions and gain confidence no matter what conditions lay in front of them is very cool. The proof is out there that once you learn how to ski at Mad River Glen, you’ll be confident no matter where you find yourself. We’re at the point now where we’re turning heads out West and getting folks to think about coming back East to train for big-mountain skiing. Each year we set a new high mark for the Mad River Glen Freeski program., I can’t wait to see what next season brings!” said Young. 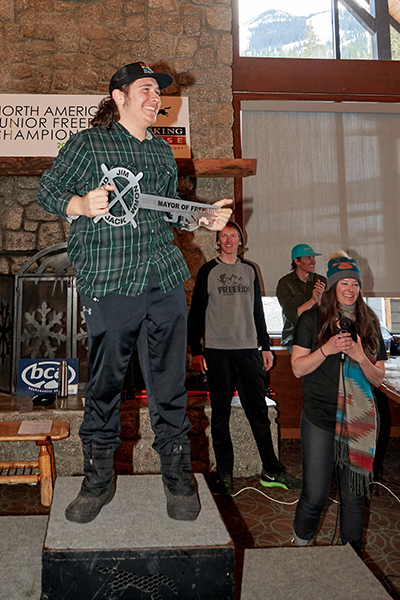