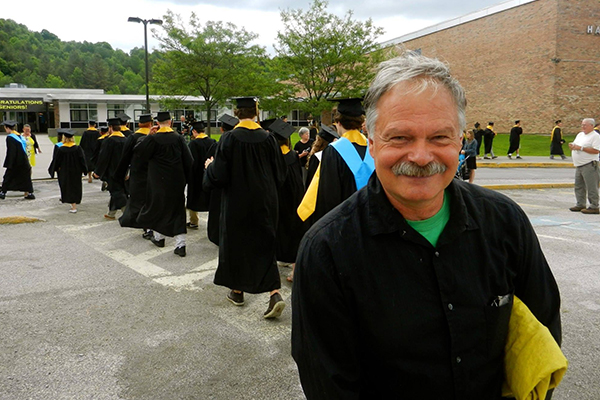 Kerrigan has been a mainstay at Harwood for the past four decades, beginning his coaching career in 1978, while still a club sport. In his career at Harwood, he has coached cross-country, track and field, and Nordic skiing, amassing 44 Vermont state championships. The most successful of those programs is his work with the cross-country team, which has 25 championships (12 for the girls and 13 for the boys), with the most recent coming this past fall in Thetford for the girls.

“Kerrigan has been a staple in the running community, not just at Harwood but across the entire state of Vermont,” Harwood athletic director Chris Langevin said. “For the past 40 years, John has been one of the most successful coaches in terms of championships, and in creating a lifelong love for running amongst his student-athletes. I can’t think of many people that would be more deserving of this honor.”

The RunVermont Hall of Fame was formed to recognize those individuals who had participated in every running of the Vermont City Marathon since its inception. When this event reached its 20th anniversary in 2008, the RunVermont board of directors elected to broaden the recognition offered by the Hall of Fame and opened consideration to people whose efforts, consistent with the mission of RunVermont, have supported running in Vermont.

“As a freshman in high school I was a prolific runner,” Kerrigan said. “I got all kinds of attention from friends but especially the coaching staff,” he added. “After suffering from a rare form of cancer, I lost my edge and was a mediocre runner at best. No longer did I receive attention from anyone – friends or coaches. I probably needed it more than ever at this time in my life, but it never came. I decided that if I ever had the opportunity to coach I would treat everyone as if they were a star. Because as Fred Rogers said, ‘As human beings, our job in life is to help people realize how rare and valuable they are. That everyone has something inside of them that no one else has. It makes them unique. It is our job as teachers and as coaches to discover that uniqueness and provide ways of developing its expression.’”