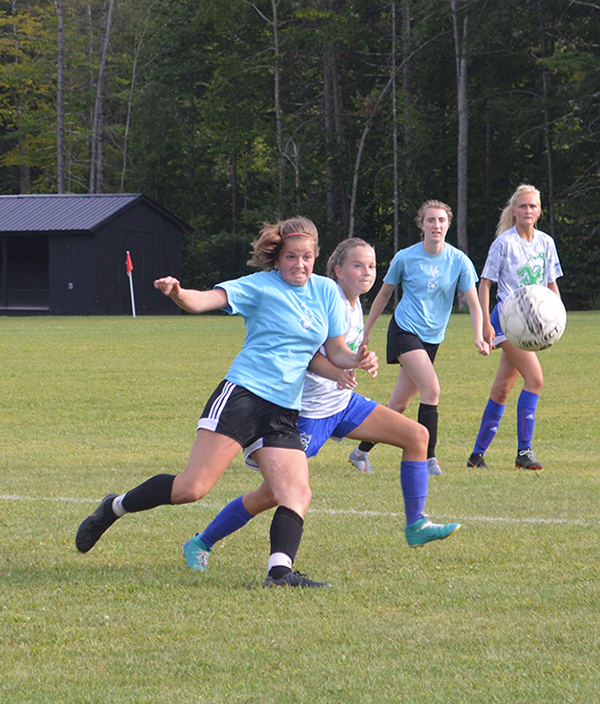 As school comes into session this week, Harwood Union High School coaches are gearing up for their fall seasons. This Valley Reporter writer interviewed the coaching staff via email to see what they’re most excited for and how they started the preseason to prepare for the fall game schedule.

Coming off a championship season last year and a stunning 14-0-1 season, boys’ varsity had a big void to fill after they lost nine seniors, eight of which were starters.

This year the squad will have 23 varsity players and 20 junior varsity players. According to head coach Joe Yalicki, the boys’ preseason revolved around personal fitness.

“We did a lot of playing, some technical drills to see skills, some conditioning all around our campus and a few fitness tests on the track,” said Yalicki.

As the main focus to start the season, Yalicki said that it was intersquad competition at most positions and for playing time early on. Yalicki added that once the team settles in and becomes comfortable with each other on the field, they will start to work more on attacking concepts and defensive principles.

Yalicki hopes this year that his team will play hard in every game and let the results come as they may. Yalicki, who will be in his second year as head coach for the Highlanders, will be joined by his assistant, Eric Mackey.

“I have coached in some capacity since 2013. This is my second year as head coach. Eric Mackey is my assistant for the second year. Stephen LaRock is the JV coach for the second year. We all were in the same class at Harwood and played together starting in fifth and sixth grade. We all love the Harwood athletic program and are honored to be putting our time and energy into it now,” said Yalicki.

When asked what is he looking forward to the most about this season, Yalicki said, coaching the kids he’s grown to love: “My favorite part is watching kids go from passionate soccer players at the elementary level who just love to play, seeing them improve their ability as middle-schoolers and eventually becoming major contributors at the varsity level. I'm proud to see them gain some life skills in terms of character and leadership along the way. I also get nostalgic at the first Saturday home game when it starts to feel like fall around Harwood.”

Yalicki’s favorite thing about coaching is being the leader of something bigger than just a soccer team or a soccer game.

Brian McCarthy, who has served as Harwood’s golf coach since 2001, is excited for the upcoming season after winning the Division II State Championship last year. McCarthy, who will be assisted by Kevin Russell, said one main focus to preseason is rebuilding the team. McCarthy only had three athletes returning with match experience but expects about 10 golfers this season including females.

As for the main focus to preseason, which starts Thursday, September 12, McCarthy said his team will start practices with range and rules work. As far as goals for this season, McCarthy said, “This season our goal is to get some competitive rounds in and hopefully be able to qualify for state tournament.”

When asked what McCarthy was looking forward to the most, he said working with newer golfers, “The excitement new golfers bring to the course.” And for what he enjoys most about coaching Harwood golf, he said, “The kids for sure. I love watching them grow and advance as athletes as well as kids.” 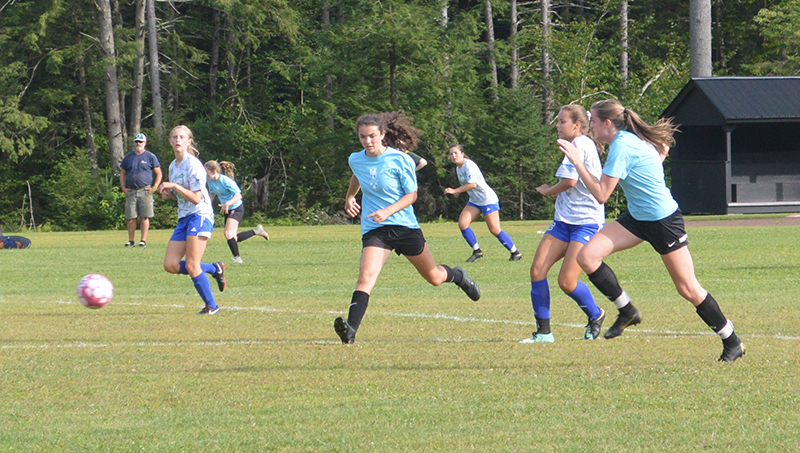 This season the girls’ varsity soccer team had 56 female athletes try out.

The preseason for the team had a lot of small competitive games and will progress into more technical drills as the official start of the season begins, according to head coach Mike Vasseur.

Vasseur said the start of the season will focus on building a team by putting players in positions that help them and the team, including a lot of experiments with positioning and having fun.

As far as new help on the sidelines this year, Brett Belknap will be assisting and working with the goalies for the season.

When asked what Vasseur was looking forward to the most about the season, he said, “I really look forward to getting the girls back and forming a new team each year. We are very lucky at Harwood as we have the best kids.”

Vasseur said that he most enjoys working with the student athletes and having a great time playing soccer. 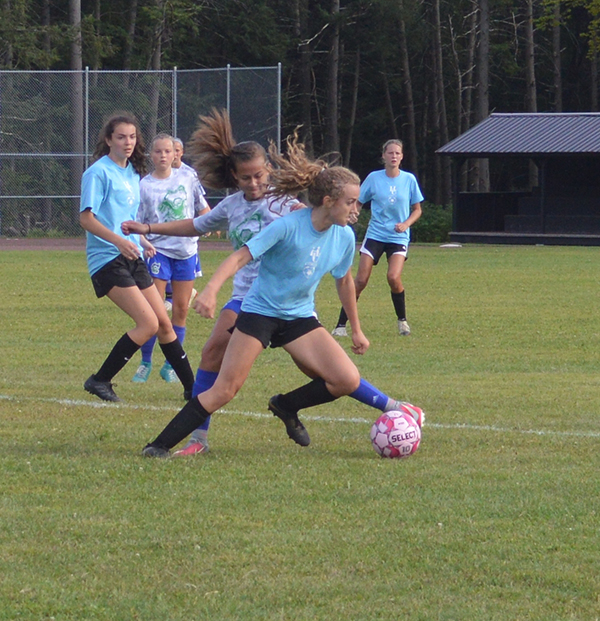 After the girls’ varsity regular preseason, the team has big numbers this year to take the field. The team, consisting of 24 girls, lost two seniors last year and had four freshmen come into the program.

“Our preseason consists of a week of practices focusing on stick work, passing and communication on the field. We also have two morning conditioning sessions to help us prepare for the running that will need to occur in upcoming games,” said head coach Katie Alexander. Alexander is in her second season as coach and will be assisted by Chelsea Delphia.

Alexander said the main focus to the start of the season is solidifying her team’s basic stick work and teamwork skills. Last year the team finished 2-1-10, but Alexander hopes the team will continue to grow and develop their skills to produce a better season record this year.

When asked what Alexander looks forward to the most this season, she said, “I'm looking forward to watching the girls grow together. We have great team dynamics this year, and I'm excited to see what these girls can do when they work together.”