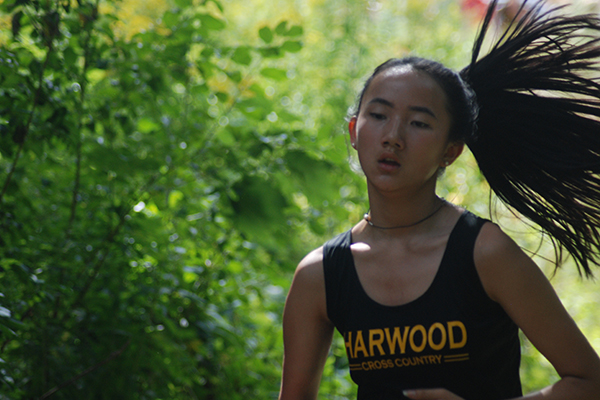 Harwood boys’ soccer traveled to GMVS on Friday, August 30, in what would be a 2-0 victory for the Highlanders.

In a well-matched game between neighboring rivals, both teams held each other to a pair of goose eggs until the second half in regulation play. The first goal of the game came with 34 minutes remaining in the second with a pass from Jack Birmingham to fellow player Nicolas Moran. Up 1-0, the Highlanders would hold the Gumbys by a one-goal lead until just before the last minute of the game.

Senior goaltender Ollie Hammond got the assist on the second goal of the game when he punted the ball to Theron Williams who found the back of the net, sealing the deal on the game with a 2-0 cap. Head coach Joe Yalicki said that his team did well communicating during the GMVS game. Hammond, who started four games last season, had seven games on the day.

“I hope we can continue to get comfortable as a group and trust each other more as the season goes. We could have possessed the ball a little bit better but rushed some chances. We also need to continue to find moments to create scoring chances,” added Yalicki.

With a week of practices to go between games, the team gears up to play Burlington High School on Saturday, September 7, home, at 11 a.m. “Saturday’s game is going to test us big time. We need to be really sharp to play with them. I’m expecting plenty of mistakes and struggles but care more about what we do next and how quickly we can recover from an error. It should be fun to share the field with a team that good, and hope they can say the same about us,” said Yalicki.

Frontrunner Tanum Nelson, a prominent player last season for the Highlanders, scored two goals to propel the Lady ’Landers’ past the neighboring Gumby’s on Saturday, August 31.

Head coach Mike Vasseur said that the team is getting progressively better each time they play together and seem to be getting off on the right cleat. Vasseur said his team worked well as a defensive unit against GMVS and their on-field communication has been improving.

On the road again to face off against the combined team of Northfield and Williamstown, Harwood was able to hold their opponent off for a shutout.

Nelson scored herself a hat trick with two goals in the first and one in the second. Following by example, fellow Highlanders Josie Rand, Marchella Grimaldi and Louisa Thomson scored in the second half.

When asked what the team can work on for their next match, Vasseur said challenging players individually.

“I think we played well but need to challenge ourselves more on our pace and aggressiveness. We sometimes play to the other team’s speed and not our style,” said Vasseur.

To prepare for their next match up against Spaulding on Friday, September 6, at home, Vasseur said his team will work on structure, field coverage and attacking with pace and diversity.