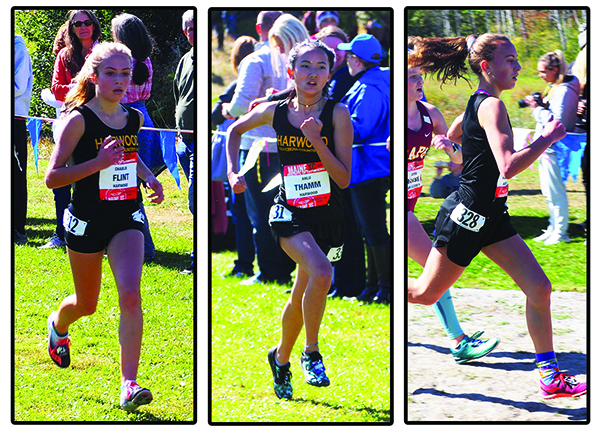 The Harwood girls’ victory at the largest cross-country meet ever held in the state of Maine surprised everyone, except their coach.

“I knew they could do it,” said coach John Kerrigan. “I took their split times from practice. Then I gave each girl a goal time. Many met or even surpassed their time from the track workouts.”

Only three points separated the first three teams. Harwood girls (151) won the event by only two points over Bonny Eagle of Standish (153). Third place (154) was J.H. Gillis of Antigonish, Nova Scotia (near Halifax).

“These were quality competitors. Bonny Eagle has won the Maine state cross-country championship three years in a row. They are one of the largest high schools in the state of Maine – rivaling CVU in population. Gillis is a Canadian distance-running factory. One of their greatest athletes was Eric Gillis, Canadian marathon champion and three-time Olympian,” Kerrigan said.

“And we accomplished this victory with one senior, three sophomores and three freshmen! I think you will be hearing more about these girls in the future,” said Kerrigan. “It was a real team effort. Our seventh runner finished before the fifth runners from every team.”

Ava Thurston led all Harwood girls with a third-place finish and a record-breaking time. Her time of 18:16 destroyed her old record of 18:59 that she set last year at this race. Britta Zetterstrom was Harwood’s other podium finisher (20th place.) She was followed by Caelyn McDonough (28), Julianne Young (33) and the freshman trio of Charlie Flint, Anlu Thamm and Jill Rundle.

Harwood boys also fared well. With no seniors and only three juniors on the team their future looks bright. Harwood boys were led by Carlton Cummiskey (32nd), Luke Groom (51) and Vinny Spina (108) in the 1,100-runner field! Harwood boys finished 18th among 83 schools represented.

On Saturday, October 12, Harwood will host the 32nd annual Harwood Co-ed Invitational. Thirty schools will be contending for the Hannah the Bear trophy. Races begin at 11 a.m. 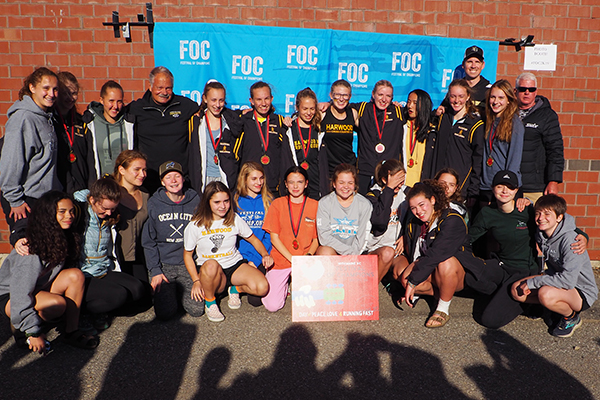