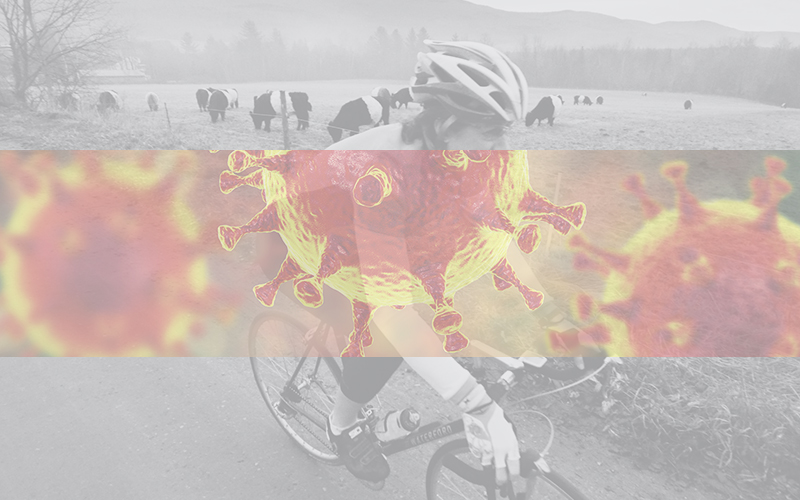 Elevation PT, based out of the Green Mountain Valley School in Fayston, is now back to work at 50-60 %.

Physical therapy businesses were allowed to operate during Vermont’s Stay Home, Stay Safe order this spring and early summer but owners Steve and Hannah Skalecke opted to close the business down completely after they wound down commitments to a few final clients.

“We had a couple of post-surgical people we needed to see. I came in and saw three to four people two times a week for two weeks,” Steve Skalecke said.

By the time telemedicine was okayed, the office was shut down and neither the Skaleckes or any of their staff worked in person with patients for six weeks.

Telemedicine was a challenge for physical therapists whose jobs require a lot of hands-on work. While they teleworked with iPads, computers and phones, they learned to use verbal cues and demonstrations to help patients help themselves, Skalecke said.

When they reopened for in-person visits on May 11, the Skaleckes were working two days a week, and each did 10 hours a week with their employees working five hours a week. They treat people outside in a tent, in their two private treatment rooms and put one or two people in the large open treatment room with four tables.

Patients don’t use the waiting room; they wait in their cars until they’re called to come in. Jerry, the Skaleckes’ black lab, is not greeting patients and cadging for treats at the moment.

Elevation PT is in a fairly new space built at GMVS about four years ago and it has a modern air circulation system.

For their own personal protective equipment (PPE) they’re relying on N95s when they can get them. They had some at home for projects which they used initially underneath cloth masks to keep them clean for up to 10 uses. Skalecke said they could take their masks to CVMC to have them radiated for cleanliness but they haven’t opted to do that yet. They did receive 20 N95s from the Vermont Department of Health which was really helpful, he said.

Now staff are working in a combination of N95s and surgical masks and they wear street clothes into the business and switch into scrubs when they get there which are washed daily.

Local maker Noah Schwartz, Waitsfield, made plastic face shields for them as well. They had been wearing gloves, but since physical therapy is such a hands-on business, they’re relying on handwashing and hand sanitizer now.

Like all parents, the shutdown was a challenge for them with two young children. Their youngest son has started back at day care a few weeks ago and they are relying on Hannah’s mother for some child care as well.

“We were trying to find gloves and other PPE, while applying for a PPP loan, trying to do all those things and teach our kids. We’ve got some employees who are still not working full time because of child care issues. But we’re getting closer,” he said.

Elevation PT also works with student athletes at GMVS and Skalecke said their current thinking is to dedicate one therapist in a space outside of their regular offices to work with students.