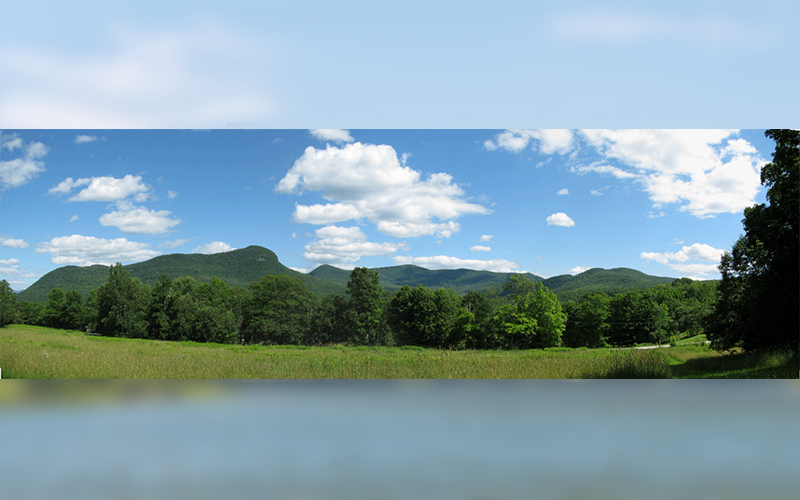 The Vermont Fish & Wildlife Department, along with the Shrewsbury community and the Vermont Land Trust, are celebrating the conservation of their 100th Wildlife Management Area (WMA), coincidently, in the 100th year of department WMA ownership and management in Vermont.

On August 4, the department established the new Wildlife Management Area, a 526.7-acre property in the town of Shrewsbury. Originally settled in the late 1700s, the site was later purchased by the town in 1870 to create a town farm to house the poor. The town farm was abandoned by 1903 and despite exchanging hands several times over the years, it has remained undeveloped, aside from the scattered stone walls and foundations that preserve the old town farm.

“The 100th wildlife management area represents a key parcel in a strategic, state-significant wildlife corridor, connecting state land to the north with federal and privately conserved land to the south,” said Vermont Fish & Wildlife Commissioner Louis Porter.  “The property is part of an area we have mapped as a highest ecological priority and one that is critical for maintaining ecological function within Vermont.”

Since 2008, the Shrewsbury Conservation Commission (SCC) had attempted to arrange funding to conserve the property after learning of its wildlife value through the department’s Community Wildlife Program. After several years of dead ends, the SCC invited the Vermont Land Trust (VLT) to enter as a conservation partner.  Local fundraising efforts to draw funding from the U.S. Fish and Wildlife Service began, after a sizeable lead gift was pledged by VLT. These funds had been bequeathed by the late Joan Sibley, local resident and wildlife enthusiast, for conservation in Shrewsbury.

“We were delighted to work with such a dedicated group of partners. The donor who made this possible lived just down the road from this property in a little log cabin,” said Donald Campbell, Vermont Land Trust’s southern regional director. “She loved nothing more than knowing that bears, bobcats and moose were using the woods around her. Fortunately, many Shrewsbury residents share her love for this land -- enough to protect it.”

In September 2019, with a decision to prioritize the land as unique wildlife habitat, the department stepped in as the new prospective owner and immediately entered into a purchase and sales agreement with the landowner.  The department then leveraged its Vermont Habitat Stamp program which provided local supporters a dedicated channel to raise the remaining funds to finally acquire the property.

“The people of Shrewsbury are very conservation-oriented, and its these people that made this project happen,” said SCC chairman Louise Duda. “For many years, we didn’t think conserving this land was possible, but it is possible, and reaching out to different agencies and working in partnership allowed this to happen.”

Shrewsbury resident and SCC member Mark Youngstrum stated, “It was a wonderful opportunity that came along with this partnership between the community, the state and the Vermont Land Trust. It’s almost universally supported and nearly everyone in town is excited and looking forward to this property becoming the 100th wildlife management area.”

“Owning and managing wildlife management areas are vitally important to meeting our mission, which is to protect and conserve the fish, wildlife, plants and their habitats for the people of Vermont,” said Lazorchak.

“This milestone achievement is widely celebrated by all,” said division director Mark Scott. “We are very fortunate to be able to collaborate with conservation partners like the Vermont Land Trust and the Shrewsbury Conservation Commission to realize these conservation successes for Vermonters to enjoy into the future.”

The department now owns and manages 100 WMAs throughout the state, comprising nearly 135,000 acres, for fish and wildlife habitat and public access.

Conservation and management of all WMAs is funded through sporting license sales, the Federal Aid in Wildlife Restoration Fund, and the Vermont Habitat Stamp. Join the effort and help us continue wildlife conservation with your own Habitat Stamp: undefined